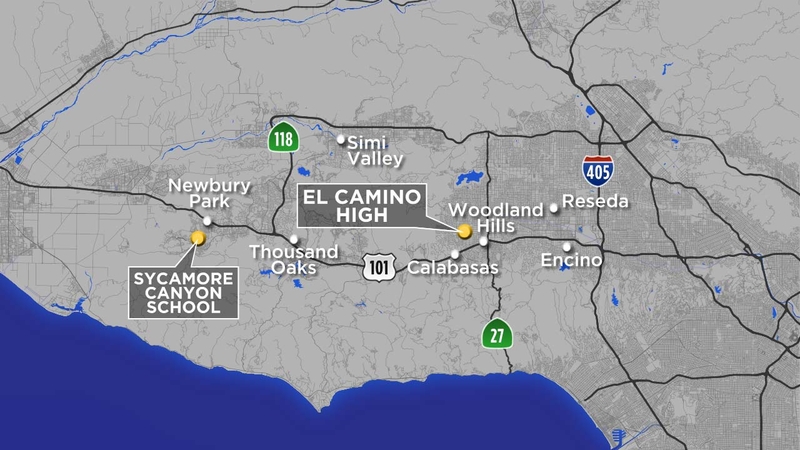 There's been two attempted abductions, and both occurred on Tuesday, authorities said.

At around 8:45 a.m., a 12-year-old boy was riding his bike near Sycamore Canyon School in the 4000 block of Via Rio in Newbury Park when a woman offered him a ride in her car, Ventura County sheriff's officials said. The boy got away. The suspect in this case was described as a woman in her 20s or 30s.

In Woodland Hills, a boy was riding his bike near El Camino Real Charter High School around 2 p.m. along Burbank Boulevard when a driver suddenly blocked his path with her car.

That's when the boy said the driver got out of her car and grabbed him, Los Angeles police said.

The boy was able to break free without any physical injuries. The suspect in this case was described by the child as being in her 60s.