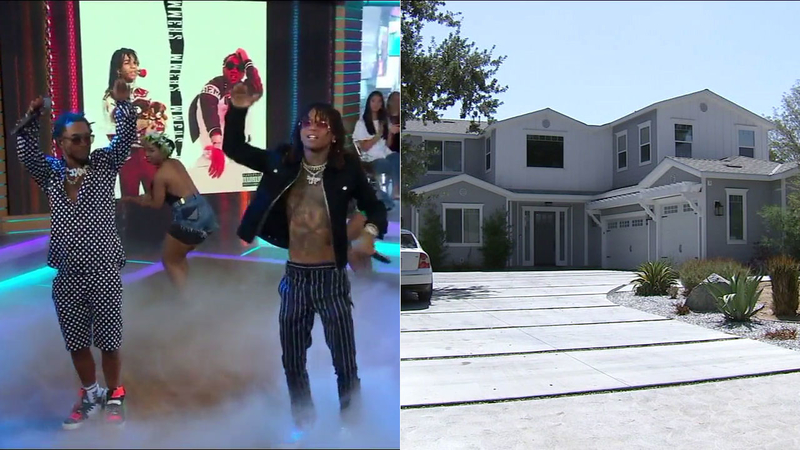 WOODLAND HILLS, Calif. (KABC) -- A home in Woodland Hills rented by the rap duo Rae Sremmurd was the target of a home invasion that occurred Saturday morning.

Los Angeles Police Department investigators said three men with handguns and hoodies covering their faces broke in at 4 a.m. at the home on Hatteras Street.

One suspect pistol-whipped a security guard, and the thieves took off with cash, jewelry and cell phones.

Rae Sremmurd were in a brief break during their concert tour when the invasion happened.

Investigators are trying to determine if there is a link to a similar incident 10 miles away, about four hours earlier in Encino on Bajio Road.

In that incident, three men in similar clothes broke through a wrought iron gate, then busted the glass on the front door. According to a neighbor, the occupants were a couple from the United Kingdom staying for a short period.

Robbers took money and jewelry. No one was hurt.

Investigators are looking for surveillance video in both locations as neighbors tighten their security.