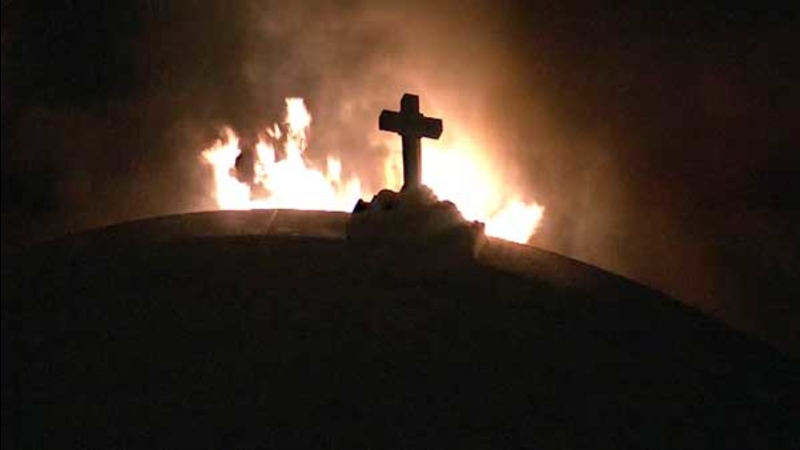 CHICAGO -- More than 150 firefighters battled a three-alarm fire at a church on Chicago's South Side Wednesday morning.

Fire crews were called to the Shrine of Christ the King Church in the city's Woodlawn neighborhood around 5:45 a.m. as smoke and flames billowed out of the roof.

Firefighters had a hard time getting the fire under control. They were forced to fight the fire from the outside and pour water on the roof to douse the flames.

Officials said the fire spread from the second floor through the roof, but the flames did not reach the rectory. Dozens of people were evacuated, and a nearby school was used as a shelter. No injuries were reported.

Investigators said varnishing work was done inside the church Tuesday night and may have sparked the flames. Workers said they left around 10 p.m. Tuesday. Officials have not determined when the fire started. They said it may have gone unnoticed overnight.

Firefighters concerned about the stability of the church tower will remain on scene to watch for hotspots throughout the day. Officials say the church's exterior is mainly intact. Building department officials were called to evaluate the state of the church.

The cause of the fire remains under investigation. The church was built in 1923.