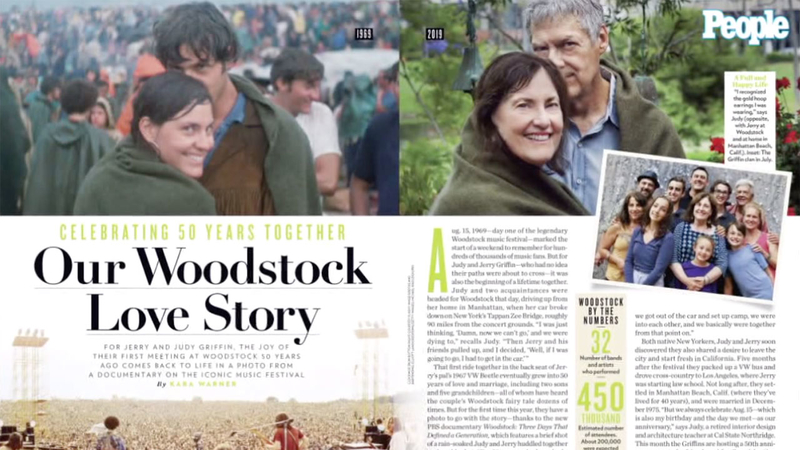 Fifty years ago, Jerry and Judy Griffin thought they were going to Woodstock for the music event of a lifetime.

Instead, they found the romance of a lifetime.

Judy and her friends were on the way to the festival when her car broke down. As Jerry recalled: "We saw these three girls hitchhiking, and they had no idea where they were going other than they wanted to go to Woodstock."

The whole group rode in together to rock out among half a million people, and Jerry and Judy couldn't take their eyes off of each other.

They've been inseparable ever since -- but after all those years, the couple had no photographs of that special time until they recently saw themselves in the trailer of a PBS documentary.

The Griffins recreated that shot in an exclusive shoot featured in the new issue of People magazine to pay tribute to the fateful weekend of peace, love and music.

"That's a pretty indelible memory for both of us," Jerry recalled. "It was just so accidental...accidents happen, and sometimes really good accidents happen."

Celebrate the 50th Anniversary of Woodstock