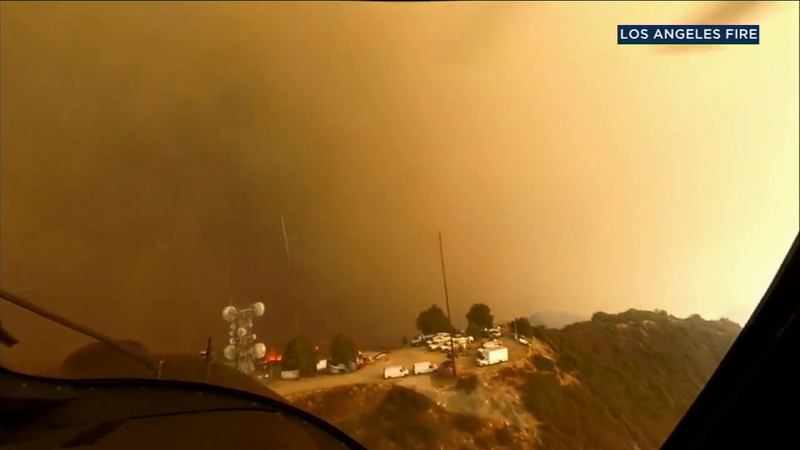 MALIBU, Calif. (KABC) -- A daring, dramatic mountaintop rescue in the middle of raging flames from the Woolsey Fire was caught on camera.

A helicopter crew from the Los Angeles Fire Department was making water drops Friday in the Malibu area when the rescue call came in.

Three people and two dogs were stuck at the top of Castro Peak above Malibu as the flames were closing in.

Veteran pilot Dave Nordquist was at the controls, with Joel Smith his co-pilot.

The air was thick with smoke and flames were racing up the mountain. The pair had to search for a spot to land amid the brush and trees as they rushed to the rescue.

"I think the folks were very shocked that the fire was so close," Smith said. "As soon as they got to where I was and they could see where the fire was coming from, I think the gravity hit them a little bit. I said we have to go now."

Video from the choppers shows how close they were to flames.

The rescue ended with a safe evacuation.