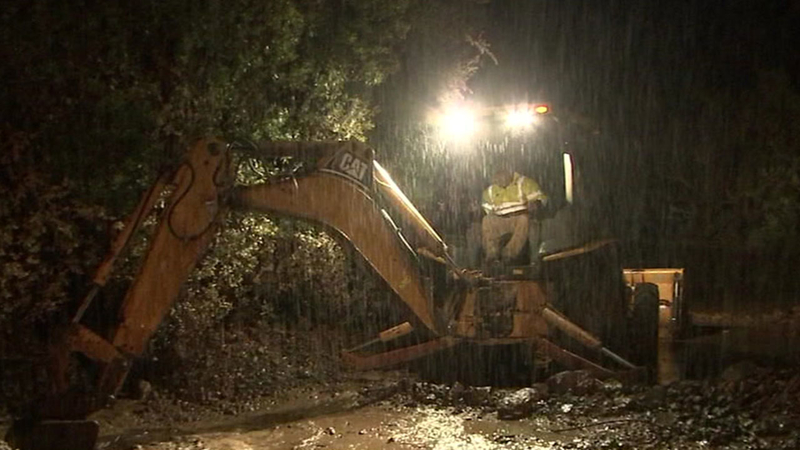 MALIBU, Calif. (KABC) -- Southern California is preparing for another storm system hitting the region as early as Tuesday night, prompting concern burn areas devastated by the Woolsey and Holy fires may be vulnerable to mudslides and debris flow.

Rain is gradually moving in by nighttime with as much as 1/2 inch to 1 1/2 inch hitting Wednesday. The rain is expected to continue through Thursday.

Concern whether dangerous mudslides and debris flow would be triggered was avoided when rain hit last week, but some areas did see mud and debris that covered streets and some that entered homes.

Incoming rain is raising concern again. Malibu is one of the communities at risk for mudslides following the Woolsey Fire.

Last week's rain caused mandatory evacuations in certain areas in the city and closed the campus of Pepperdine for one day.

A mudslide on Cuthbert Road from Horizon Drive to Busch Drive in Malibu Park led to evacuations in an area where dozens of homes burned.

With rain expected late Tuesday, SoCal residents in fire-ravages areas are bracing for the potential of mudslides hitting their neighborhoods.

In Lake Elsinore, which was impacted by the Holy Fire, mandatory evacuation orders were issued last week and as many as four schools were closed.

One neighborhood was inundated with mud-covered streets and about a half foot of water and debris flowed into some homes.