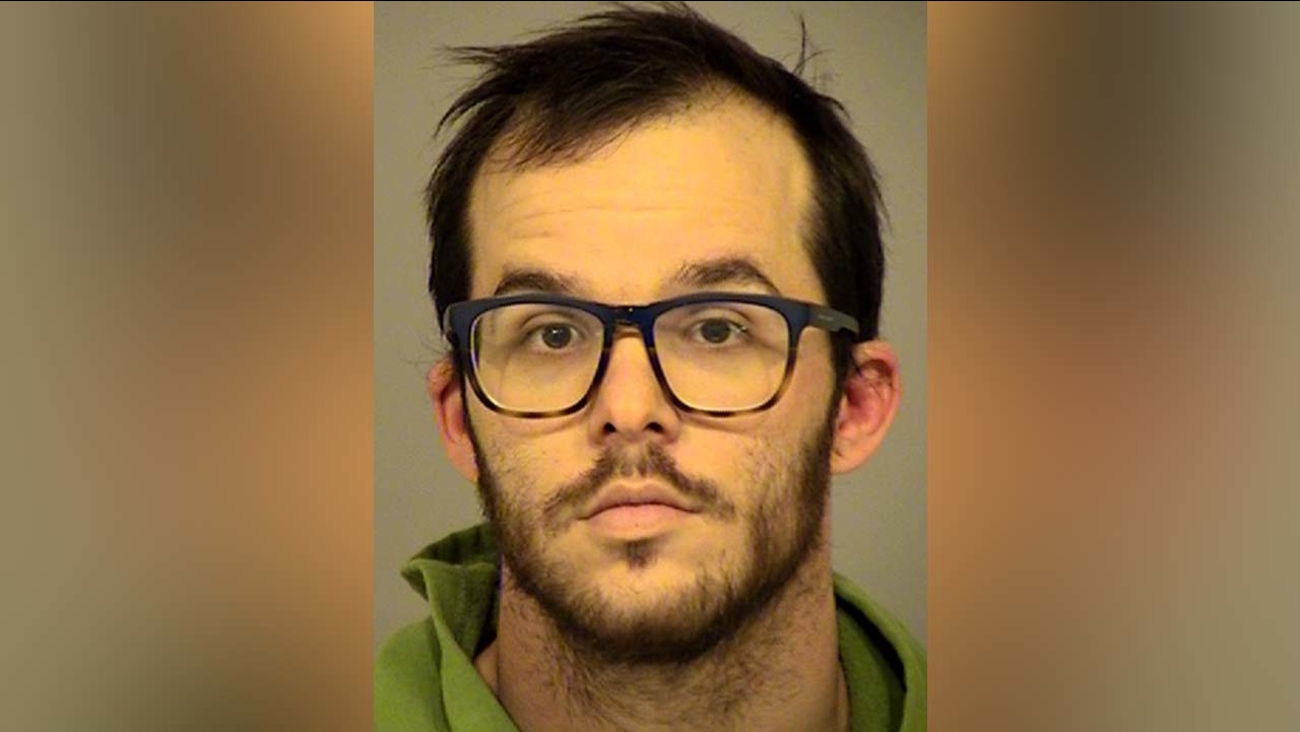 Jonah Bregman is seen in a booking photo from the Thousand Oaks Police Department.

THOUSAND OAKS, Calif. (KABC) -- A registered sex offender was arrested after he allegedly stole women's clothing from a Thousand Oaks home evacuated due to the Woolsey Fire. He was also spotted wearing women's lingerie at a nearby park.

On Nov. 10, Thousand Oaks police officers were dispatched to the 1700 block of Bridle Oaks Court regarding a suspicious person at a home. The residents had returned to their home after being evacuated due to the Woolsey Fire and found a man running from their house - not wearing shoes and carrying women's clothing.

Surveillance video from a neighboring home showed the suspect fleeing the scene in an early 2000s Ford Escape SUV.

Four days later, Thousand Oaks police officers were dispatched to the Old Meadows Park after park personnel reported that they found several articles of women's clothing in the public restroom.

Surveillance footage showed a man walking in and out of the bathroom in various stages of undress and wearing women's lingerie, park personnel told police. The surveillance footage also showed what appeared to be an ankle monitor on the man's left ankle.

The man was also seen on video getting into an early 2000s Ford Escape SUV matching the description of the vehicle captured on surveillance video leaving the Bridle Oaks Court scene, authorities said.

Investigators were able to identify the suspect as Jonah Bregman of Northridge, a registered sex offender who is on parole for residential burglary.

On Saturday, state parole officers and Thousand Oaks police coordinated together and arrested Bregman, who was at a relative's residence in the 1600 block of El Verano Drive in Thousand Oaks.