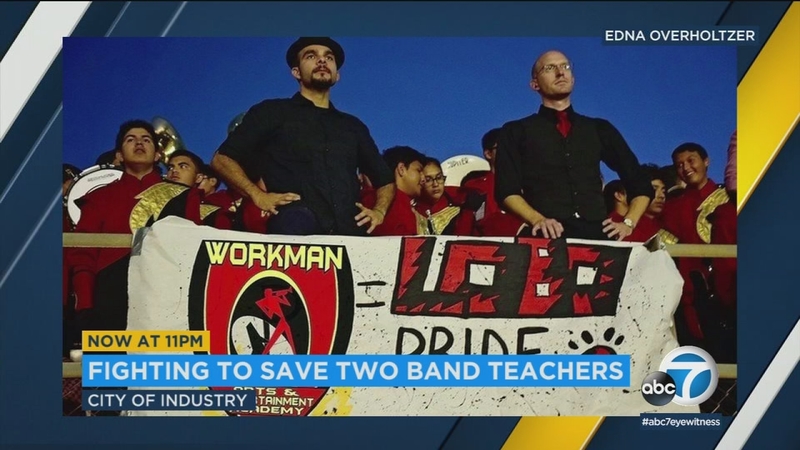 "I hope you never have to experience your child come home one day sobbing and crying because one of their favorite teachers is leaving," one student said through tears.

The heartbroken community packed the school board meeting to fight for the Workman High teachers.

"They've really been one of the things that I loved the most about the school. There's not a lot else that I really like about it, so it's been a big part of me," student Ethan Macias said.

The award-winning band program is now without a leader after teachers Burke Shouse was let go and Maurice Limon, who had been at Workman the last eight years, resigned in protest after reportedly being told the school would be keeping two band teachers on staff.

"We don't know. That's why we're here. We're fighting to keep our band directors. They were made promises that they were both going to be there and they reneged on it," parent Edna Overholtzer said.

"Mr. Limon and Mr. Shouse put their blood, sweat and tears, their time, their effort uniting us - a group of kids - into a band of musicians. Ultimately, a family," one student said.

Known for routinely winning awards, the band also helped many students go to college through scholarships thanks to two devoted band directors.

"We're getting trophy after trophy. First place in jazz competitions. It's the leading thing at Workman. That's what we're known for, and for them to take that away - what are we going to be known for?" student Clarissa Jacobo said.