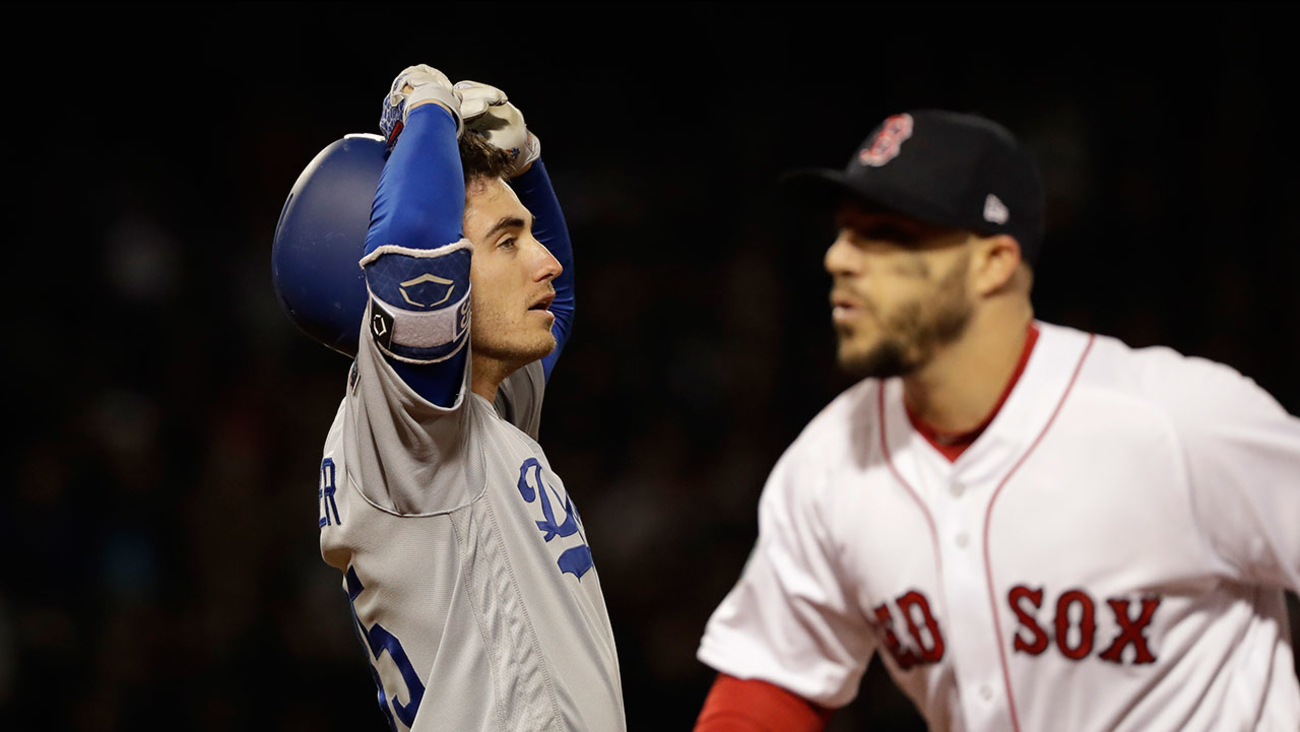 Here's a look at matchups and keys to the game.

STARTING PITCHERS
Hyun-jin Ryu posted a 1.97 ERA during the regular season for the Dodgers, but the postseason has been a different story.

Ryu has allowed seven runs in 14 1/3 innings, five of those runs came his last outing in Game 6 of the National League Championship Series against the Milwaukee Brewers.

Red Sox pitcher David Price finally won a postseason, his first in his career. Price had been 0-9 in 11 postseason starts before pitching six scoreless innings to help close out the Houston Astros in Game 5.

Price ended the regular season with a 3.58 ERA.

MATCHUPS
Price, a left-hander, will go up against a lineup that's likely to be stacked with right-handed hitters.

In Game 1, each manager looked for the most beneficial matchup, and the clubs combined to use 12 pitchers and six pinch-hitters. More matchup changes could be in store for Game 2.

THINGS TO LOOK OUT FOR
Clayton Kershaw went just four innings in Game 1. The Dodgers could use a quality start from Ryu and his ability to quite Boston's bats could determine the game's outcome.

The Dodgers can't afford to fall behind 2-0 in the series, especially against a team that won 108 games in the regular season.

The Red Sox could place themselves in control with a win. The question remains if David Price can build upon his last start and change the narrative about his playoff performance.