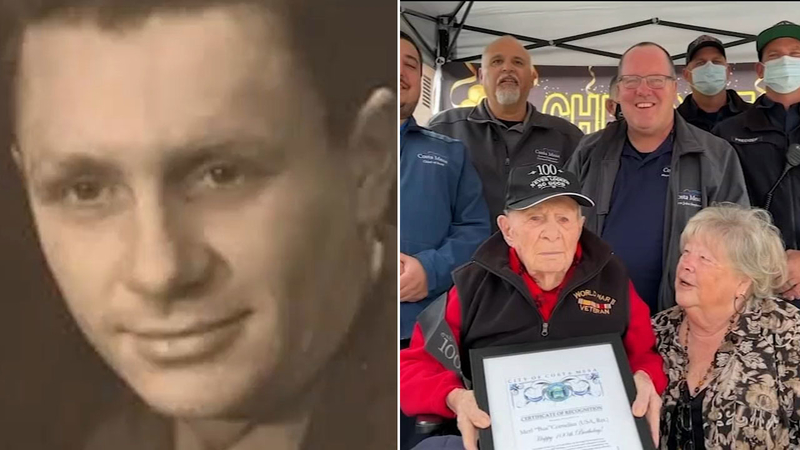 Members of Costa Mesa's fire and police departments, as well as neighbors and friends turned out Friday to celebrate Cornelius' big day. The city even gave him a proclamation.

"I have the best neighbors in the world, they put up with me," Cornelius said.

As a young man, Cornelius was in the Ordnance Corps, preparing tanks in North Africa.

After the war, he came to Southern California and helped in the postwar boom building homes. He always enjoyed telling stories of his time in the military.

"The people that I was involved in the war, they are all gone, and the only memory I have of it is up here," he said, pointing to his head.

On Friday, he received dozens of cards and smiles as people celebrated his life.

"I'm so glad that people showed up and truly thanked him for his service," said Dana Gomez, his granddaughter.

Happy birthday and thank you for your service, Bus!

Joe Bush is a WWII vet who's lived through 18 U.S. presidents. He is 99 years YOUNG and credits his health to daily walks at Bolsa Chica State Beach.