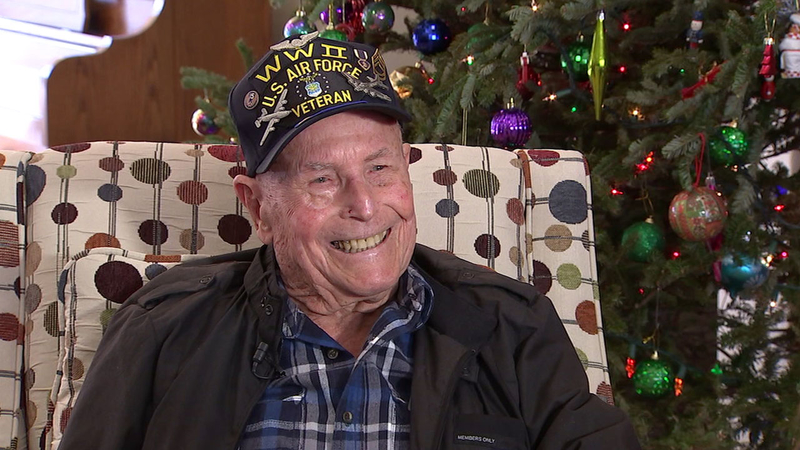 REDONDO BEACH, Calif. (KABC) -- World War II veteran Albert Erd, 93, never forgot the price he paid to earn his military decorations, which include a Purple Heart and WWII victory medal, among others.

But 50 years ago, the unexpected happened and Erd's eight medals were gone in the blink of an eye.

"I was in the process of relocating and I rented this garage just temporarily. But all of my belongings, everything, was in that garage and they stole many of my personal belongings," he said.

For years, he tried having them replaced but with no luck. That is until two years ago, when his grandson, who is also in the military, got involved.

"He went through all of the channels and was able to get me some new medals," he said.

With the help of Congressman Ted Lieu, all the medals were replaced and presented to Erd just in time for Christmas.

"It was actually a Christmas present. It was the best one I've ever received," Erd said.

Lieu, who is an Air Force veteran, released a statement.

"It was a great honor to meet and present the medals to Sergeant Erd. He sacrificed so much for our country and deserves to have these medals, which memorialize his selfless acts of courage," he said.

During WWII, Erd, who was an aerial gunner and radio operator, completed 50 missions flying over Romania and Germany. His medals are being framed and will be ready right before New Year's Eve.

He said it will be a reunion five decades in the making.