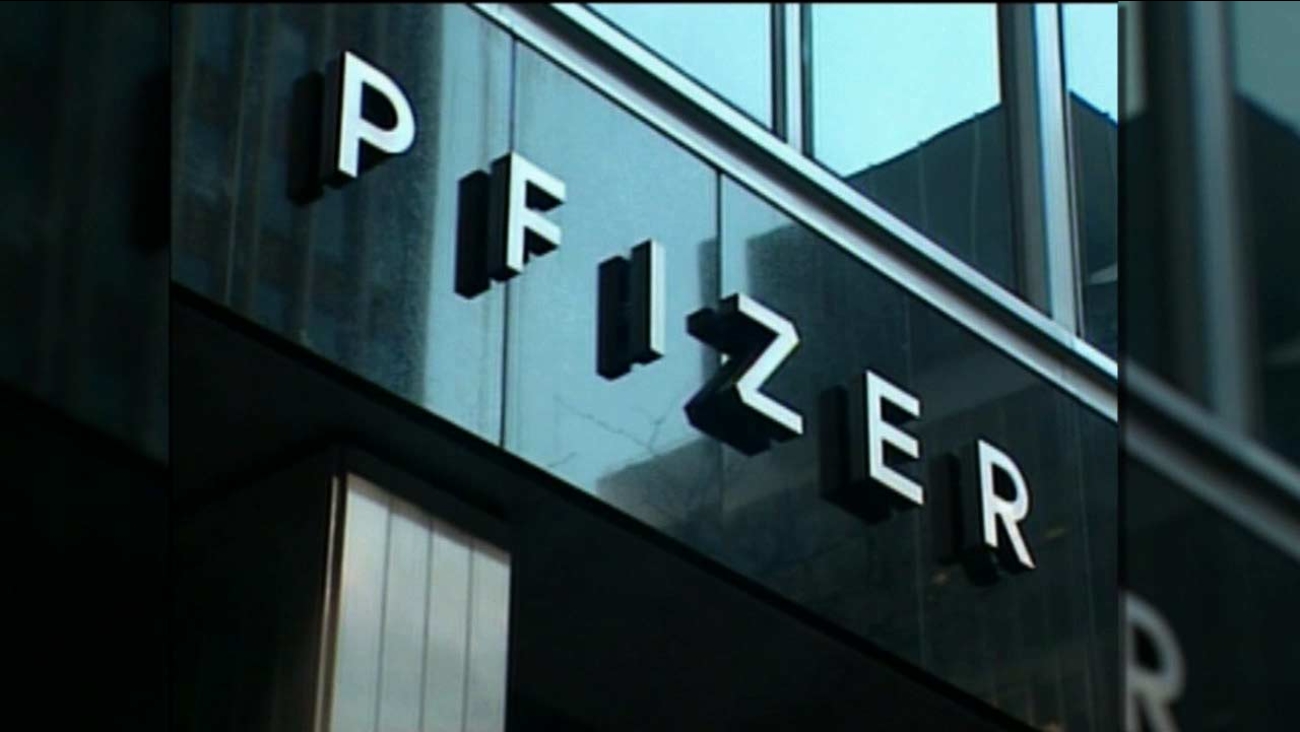 An undated image of a Pfizer building.

Pfizer and Allergan are joining in the biggest buyout of the year, a $160 billion stock deal that will create the world's largest drugmaker.

It's also the largest so-called inversion, where an American corporation combines with a company headquartered in a country with a lower corporate tax rate, saving potentially millions each year in U.S. taxes.

Pfizer, which makes the cholesterol fighter Lipitor, will keep its global operational headquarters in New York. But the drugmaker will combine with Botox-maker Allergan as a company that will be called Pfizer Plc. That company would have its legal domicile and principal executive offices in Ireland.

The combination will essentially be Pfizer "but with a lower tax rate," wrote Bernstein analyst Dr. Tim Anderson. He said he expects a tax rate of about 18 percent after the deal, which compares to Pfizer's current rate of 25 percent.

Several U.S. drugmakers have performed inversions through acquisitions in the past several years, in part to escape higher U.S. corporate tax rates. The list of companies includes Allergan, which still runs much of its operation out of New Jersey, and the generic drugmaker Mylan.

Last year, Pfizer unsuccessfully tried to buy British drugmaker AstraZeneca Plc in a roughly $118 billion deal that would have involved an inversion. Those talks eventually collapsed when the two sides couldn't agree on a price.

U.S. efforts to limit inversions have so far proven ineffectual.

The issue has become political heading into the presidential election.

Billionaire investor Carl Icahn recently announced that he was setting up a $150 million super PAC bent on revising U.S. corporate tax law and ending the practice, ratcheting up political pressure even more.

Aside from a lower tax bill, the Allergan acquisition would give Pfizer brand-name medicines for eye conditions, infections and heart disease. They would join Pfizer's extensive portfolio of vaccines and drugs for cancer, pain, erectile dysfunction and other conditions.

The deal would enable Pfizer, the world's second-biggest drugmaker by revenue, to surpass Switzerland's Novartis AG and regain the industry's top spot.

Pfizer has done three sizeable deals since 2000 to boost revenue, and the Allergan offer comes as generic competition to blockbuster drugs like Lipitor is expected to cut Pfizer's sales by $28 billion from 2010 through next year.

The Allergan deal is expected to close in the second half of 2016. Pfizer stock owners will hold an approximately 56 percent stake in the combined company, while Allergan shareholders will own the remaining 44 percent.

Pfizer Inc. Chairman and CEO Ian Read will serve in the same roles with the combined company while Allergan Plc. leader Brent Saunders will become president and chief operating officer. All 11 of Pfizer's directors will serve on the board of the combined business, along with four Allergan directors.
More Videos
From CNN Newsource affiliates
TOP STORIES