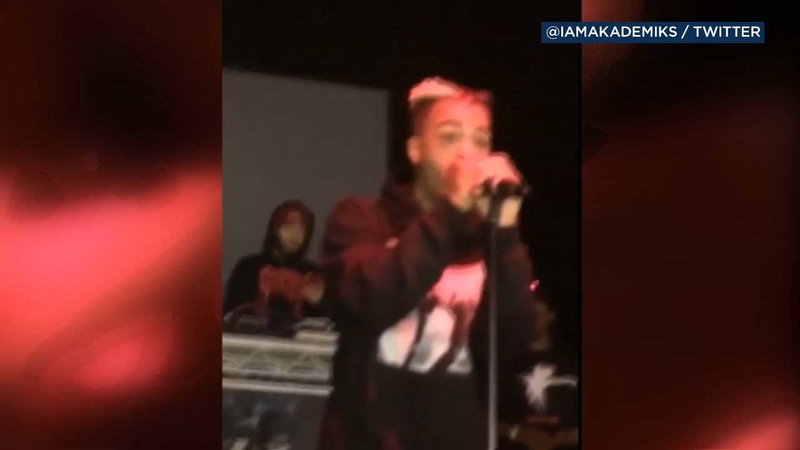 Rapper attacked on stage at concert in San Diego

SAN DIEGO (KABC) -- A 19-year-old rapper was in the middle of his set at a concert in San Diego when someone from the crowd rushed the stage and attacked him.

XXXTentacion was in the middle of a performance at the Observatory North Park Wednesday night when a man jumped on stage and knocked him down.

Video posted online by DJ Akademiks shows the moment the rapper was blindsided, punched and knocked out.

Security quickly rushed the stage, swarming the attacker and repeatedly punching him.

Things then escalated further when members of the audience got involved.

The melee eventually spilled out into the street, where there was a heavy police response.

The historic theater holds more than 1,100 people and was reportedly packed.

One person was reportedly stabbed and taken to a hospital, but the wound was described as not life-threatening.

XXXTentacion later posted a video online, saying he believes it was a setup. Officers are reviewing surveillance camera footage to investigate the incident.

security and venue set me up, I got sucker punched and knocked out, it is what it is.