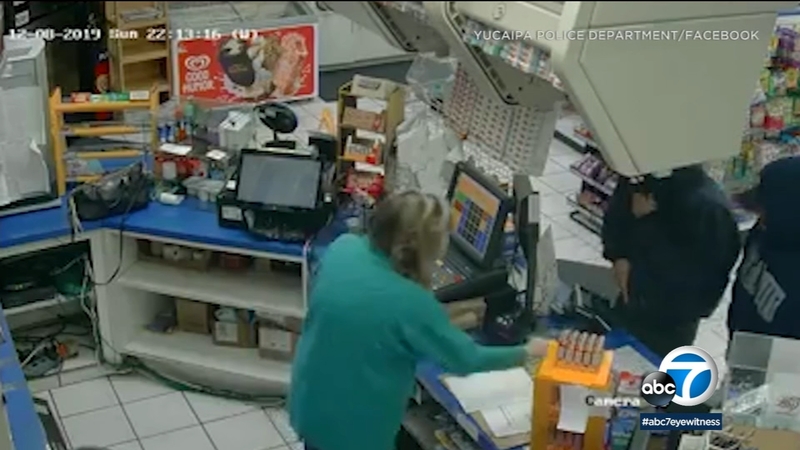 The two men are accused of robbing a Valero Gas Station located in the 32700 Block of Yucaipa Boulevard on Dec. 8 at around 10:30 p.m., according to the San Bernardino County Sheriff's Department.

The suspects approached the gas station cashier with handguns and demanded money, according to authorities. Yucaipa police released surveillance video of the incident.

The cashier opened the registers and handed over the money before the suspects took off running westward, got into a parked car on 13th Street and fled.

The same two men are suspected of robbing a 7-Eleven store the very next day.

Both men entered the convenience store located in the 32400 block of Yucaipa Boulevard and demanded money from the cashier. One of the suspects allegedly pulled a gun on the cashier in this robbery.

Authorities say the suspect fired the weapon at the cashier as he demanded money.

The cashier opened the registers and handed over the money to the suspects.

The suspects were wearing hooded clothing to hide their identities in both incidents, according to authorities.