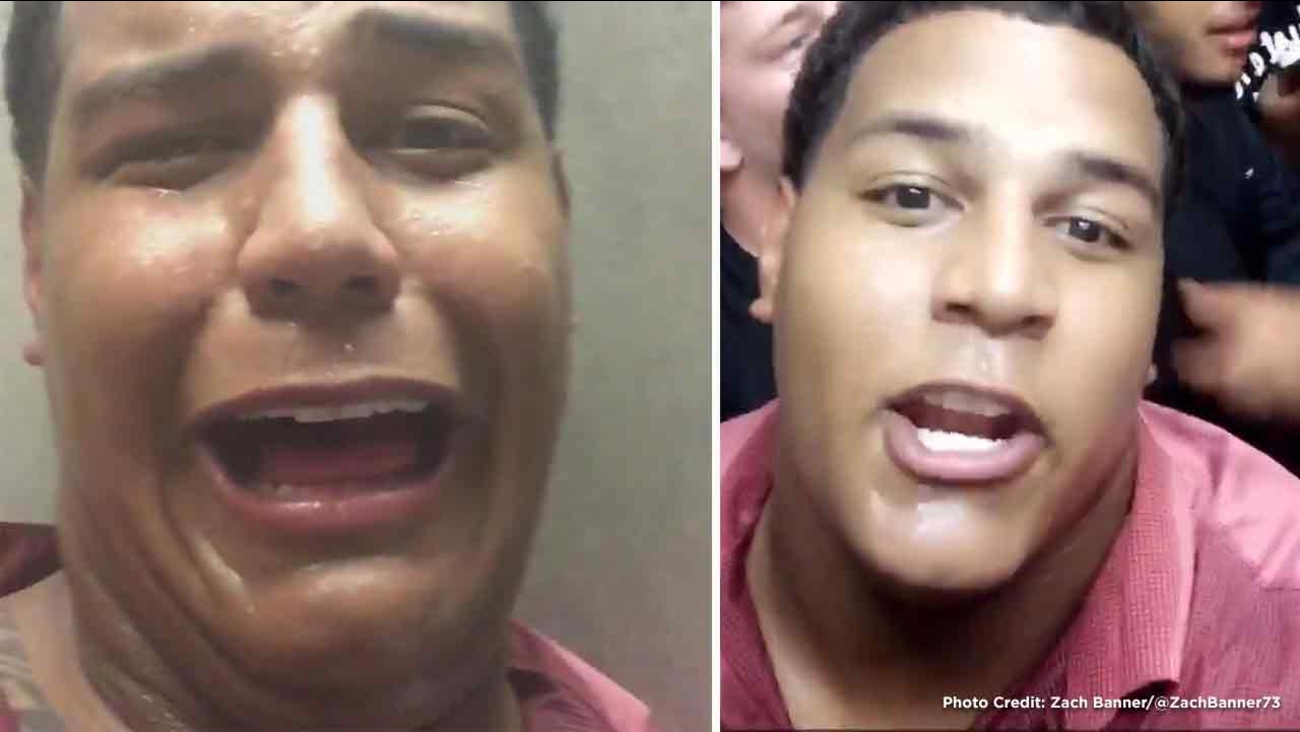 LOS ANGELES (KABC) -- What happens when the USC offensive line gets stuck in an elevator? They live-Tweet it, of course.