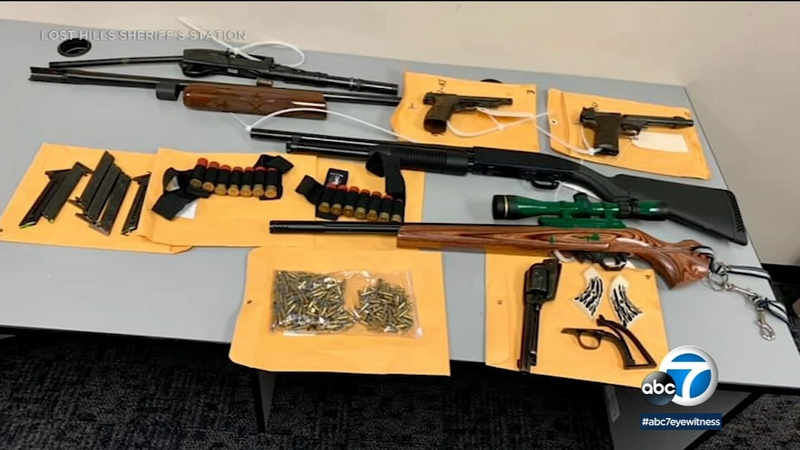 Man charged after being found with multiple weapons at Malibu beach

MALIBU, Calif. (KABC) -- Charges have been filed against a Riverside County man who was found with multiple weapons at Zuma Beach in Malibu.

On Sunday, deputies arrived at the beach after receiving reports of a "suspicious male harassing female patrons," according to the Los Angeles County Sheriff's Department.

They then approached the man, identified as Kyle Kiddy, and saw him "armed with a rifle" that was partially tucked inside his long trench coat. He was then detained.

Deputies then discovered that Kiddy was concealing three more firearms and ammunition, as well as other evidence in his parked car.

On Tuesday, the case was presented to the L.A. County District Attorney's office, which filed multiple charges against him.