What did you call that? Fun furniture facts Where would you be most likely to find a vitrine? What do you put in an etagere? Is that a sofa, a davenport, or a divan? Would you like a cheval in your bedroom? And what in the world would you do with a Bonheur du jour? If you know the answer to all those questions you are extremely knowledgeable about furniture and likely not much fun at parties. But on the off chance that you're somewhat uncertain whether to store your undies in a semainier or a Recamier, we offer this expanded glossary of interesting, mostly useless, but sometimes fun furniture facts.

Armoire
Once called a wardrobe, armoires (from the Latin word for closet) were created by the French. The earliest wardrobe was a chest, but eventually it became a room in castles and palaces filled with closets and lockers, which in turn became the modern armoire with its doors, clothes bars, shelves and drawers.

Baker's rack
A baker's rack is an upright piece of furniture typically made of metal, with open shelves which traditionally were used to cool baked goods such as hot pies, the metal allowing for heat to be quickly transferred from the pie plate to the shelf. Modern versions can be made of wood, and often include drawers, interior shelving, and other conveniences such as bottle storage.

Bonheur du jour
The Bonheur du jour was introduced in Paris during the reign of Louis XVI, when letter-writing and diaries were a passion of court ladies, and became an instant sensation. Essentially the forerunner and feminine version of we now know as a secretary or escritoire - an upright desk with a writing surface and lots of drawers and cubbies. In other words, a writing desk.

Cheval mirror
Named by the French, a cheval is a free-standing adjustable mirror. Usually it is supported by a four legged frame, which is why those whimsical Gauls labeled it with their word for "horse," another four-legged support system.

Chiffonier
A chiffonier is a tall chest of drawers for the bedroom, sometimes divided into 2 sections and supported on 4 legs. Today we give it names like "five-drawer chest," "tallboy," "wardrobe" and even, albeit incorrectly, "lingerie chest." Usually it has a number of drawers, but can have a large door, mirror, shelves, and many other configurations.

Credenza
The word means belief in Italian, stemming from the tasting of food and drinks by a servant for a lord or other important person to test for poison. Food and drink were placed on a piece of furniture made especially for the purpose. Today, more commonly called a server, sideboard, or buffet, a credenza is used for extra storage and to serve from in dining rooms. Its low, relatively long shape has also worked its way into other uses, such as long, low storage in offices and in other rooms.

Etagere
A piece of furniture with open shelves for books, ornaments, Boehm birds, trifles, knick knacks and other objets, the etagere is also sometimes called a "whatnot."

Fainting Couch, Chaise, Recamier
Popular in the 19th century, particularly with women suffering from "the vapors," the fainting couch had a back that was traditionally raised at one end and sometimes situated completely at one side of the couch. Also erroneously called a "chaise" or "chaise longue," it is properly also known as a Recamier, after the famous portrait of Madame Recamier posed stretched out on one.

Fauteuil
An open-arm chair with a primarily exposed wooden frame and an upholstered seat and back, the fauteuil originated in France in the early 17th century, and now can be seen in dining rooms around the world. In dining room parlance, an arm chair (as opposed to a side chair.)

Hope chest
Also called dowry chest, cedar chest or glory box, the hope chest was initially used by young women to collect items such as clothing and household linen, in anticipation of married life. Today it's evolved into a convenient place to store just about anything.

Murphy bed
Named for William Murphy, who was wooing an opera singer but living in a one-room apartment at a time when a woman entering a man's bedroom was frowned on. Murphy's invention turned his bedroom into a sometime parlor, enabling the visiting coloratura to maintain her honor. Also called a wall bed, pull-down bed or fold-down bed, the Murphy Bed is hinged at one end so it can be stored vertically, usually in a space cut out of the wall or inside a closet or cabinet.

Pie safe
Also called a pie cupboard, pie chest, kitchen safe, and meat safe, the pie safe was designed to store food items before iceboxes came into regular use, starting in the 1700s and continuing through the 1800s. It was used to store not only pies, but also meat, bread, and other perishables, protecting them from vermin and insects.

Semainier
From the French word for "week," a semainier is a tall, narrow bedroom chest with seven drawers, one for each day of the week. Designed in the 18th century, when laundry was a weekly chore at best, it kept milady's lingerie fresh and organized. Today it's simply an attractive, tall chest with convenient 7-drawer storage.

Tuffet, pouffe, hassock, ottoman
Today we call all these things an ottoman. Quite simply, it is a piece of cushioned and upholstered furniture used primarily as a footstool. If the piece is larger, with storage space inside it, then it is generally known as an ottoman. "Tuffet" and "hassock" are named for their resemblance to a clump of grass. A "pouffe," from the French word for "puff" usually is in the shape of a ball or cylinder, with no feet showing.

Vitrine
From a French word meaning a pane of glass, a vitrine has come to mean a cabinet with glass doors, or a display case. This covers a lot of territory, as that would loosely define a curio cabinet, bookcase, and/or china.

Watchman's Chair
Built of wood, with no cushions or upholstery, a watchman's chair was designed with a forward slanted seat, so when a "watchman" fell asleep in it, he would slide down and off the front. Developed by a cynical (or merely practical) nobleman in Western Europe, it was used from late medieval times until well into the 19th century.

Sofa
From an old English word meaning a bench with a high back and arms, the sofa is also called a davenport, couch, divan, settee, Chesterfield, lounge, and sometimes even a loveseat. The modern sofa is a glorified bench, partially or totally upholstered, with a back, arm rests, cushions, and springs, on which more than one person can sit. Davenport became a common synonym in the early 1900's based on the name of a famous manufacturer of sofas (A.H. Davenport). Divan derives from the sofa's Persian forerunner. The settee, which literally means something to sit on, now tends to describe a smaller, more formal version of the sofa you might find in the anteroom of a luxurious office, grand home, or riding academy. 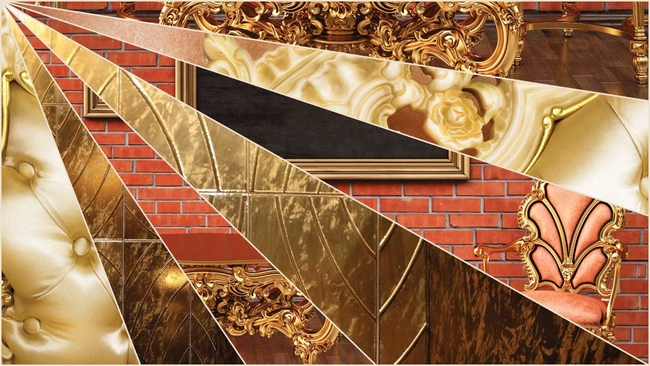 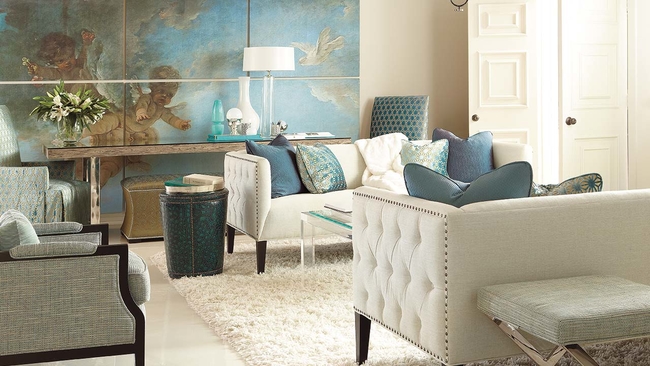 SPONSORED: Decorating: Where do I start? SPONSORED: Plug it in: How the Internet is changing furniture forever 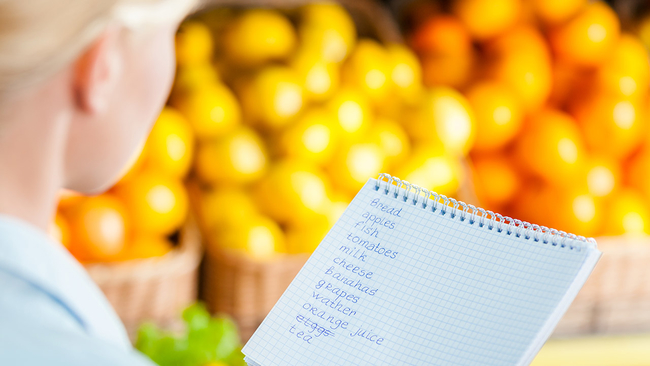