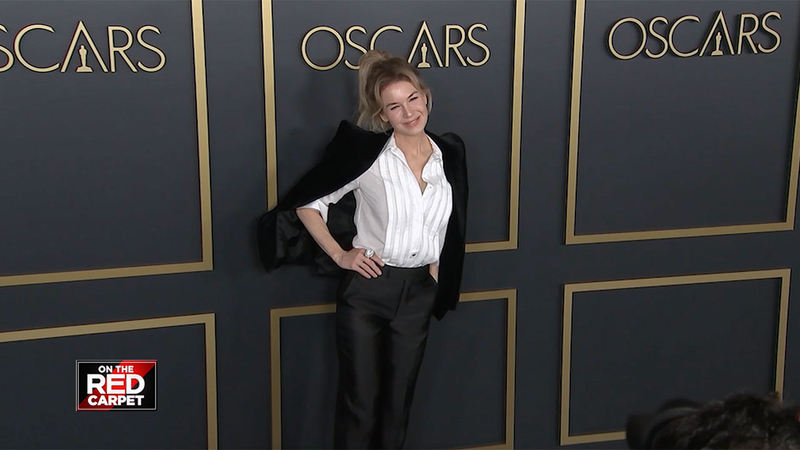 LOS ANGELES -- Leonardo DiCaprio, Laura Dern and "Parasite" director Bong Joon Ho were among the Academy Award nominees who gathered Monday for the annual luncheon that serves as a meet-and-greet, celebration and training session for each year's class of Oscar nominees.

Robert De Niro, Taika Waititi and Quentin Tarantino were all set upon by groups of photographers as they walked into the luncheon being held just a few steps from the Dolby Theatre in Los Angeles, home to the 92nd Academy Awards on Feb. 9.

The luncheon began with Academy of Motion Picture Arts and Sciences President David Rubin asking attendees for a moment of silence for Kobe Bryant, a 2018 Oscar winner, and the NBA legend's daughter, who were killed in a helicopter crash a day earlier. Nominees Renée Zellweger and Al Pacino were among the stars who bowed their heads amid the quiet.

"With all the success he had on the court, he was the most excited person in the room that day," Rubin said of Bryant at the 2018 luncheon.

Tarantino, nominated for best director for "Once Upon a Time... in Hollywood," stood for just a few photos before heading to join his fellow nominees at lunch tables.

"One more, Quentin, come on," one photographer said.

The annual luncheon that serves as a meet-and-greet, celebration and training session for each year's class of Oscar nominees.

Inside the ballroom, Brad Pitt and Tarantino autographed a "Once Upon a Time in Hollywood" movie poster brought by the film's sound engineer Mark Ulano, who is nominated for his work in three films in the best sound mixing category.

When Waititi, whose film "Jojo Rabbit" is nominated for six Oscars, walked in, he shared a hug with Bong, whose "Parasite" earned nominations for best director, best international film and best picture.

Both congratulated each other on their awards season recognition.

The luncheon is an annual chance for all Oscar nominees to rub shoulders, celebrate the status many will only have once, and take a class picture.

As some started to eat, best actress nominee Cynthia Erivo and best supporting actor nominee Pitt posed for selfies with their fellow hopefuls.

Pacino said he's embracing getting his first nomination in 27 years, for best supporting actor in "The Irishman." He called getting the nod in a category that also includes Pitt, Tom Hanks, Anthony Hopkins, and his "Irishman" co-star Joe Pesci "special."

Watch as stars arrive at the 2020 Oscar nominee luncheon in Hollywood.

The academy also announced that it is also increasing the veggie-friendly options at its post-Oscars Governors Ball, where winners get their Oscar statuettes engraved.

The move follows the Golden Globes and other events that have gone to entirely plant-based menus as part of some in the industry advocating for a more sustainable approach to Hollywood's lengthy awards season.

Joaquin Phoenix in his Globes acceptance speech praised the event for keeping meat off the menu, and urged his fellow actors to stop using private jets to get to nearby destinations like the Palm Springs International Film Festival.