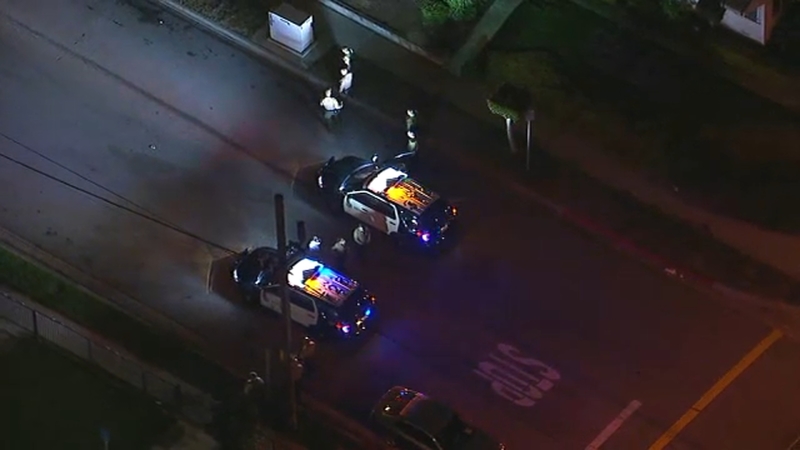 WILLOWBROOK, Calif. (KABC) -- The Los Angeles County Sheriff's Department is investigating a deputy-involved shooting that left a person dead and a second in custody in Willowbrook Thursday night.

The incident happened near 132nd and San Pedro streets after deputies approached a vehicle that was parked at an apartment complex.

A deputy-involved shooting occurred, and one person was struck in the upper body and pronounced dead at the scene.

A second person at the scene was detained for assault on an officer.

A firearm has not been recovered at the scene. No deputies were injured.