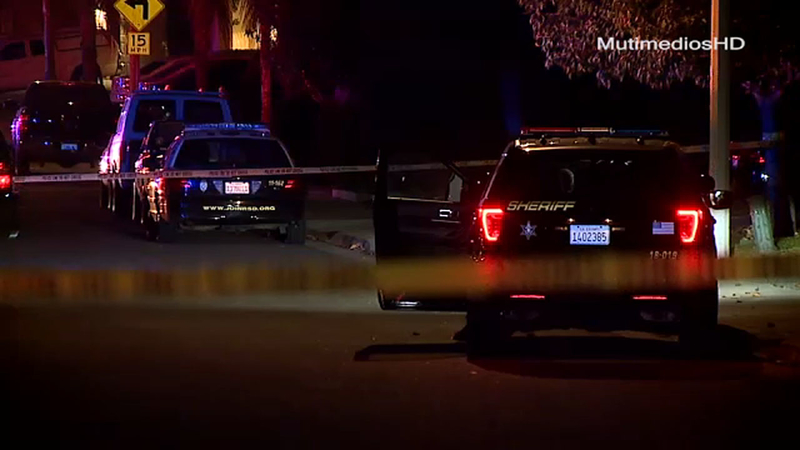 Deputies responded to a call of a man brandishing a weapon in the 300 block of Ash Street shortly before 5:30 p.m., according to the Riverside County Sheriff's Department. When the suspect failed to drop the weapon and follow their commands, a deputy-involved shooting occurred, authorities said.

Officials have not said what kind of weapon the suspect had but at least one deputy opening fire.