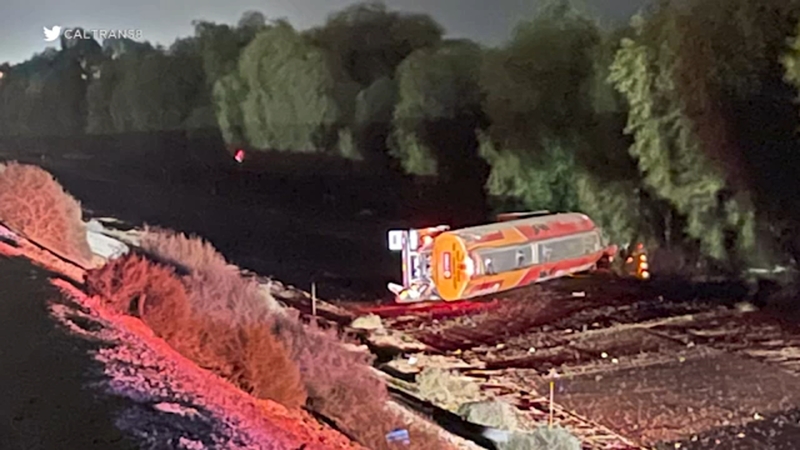 BANNING, Calif. (CNS) -- Interstate 10 in Banning was shut down Tuesday as a hazmat crew cleaned up a fuel spill caused by a 9,000-gallon fuel tanker that rolled over.

The solo vehicle rollover crash was reported around 3:30 a.m., prompting the closure of I-10 in both directions between Ramsey and Eighth streets for hazmat removal, according to the Riverside County Fire Department.


The cause of the crash was not immediately known.

Shortly after 9 a.m., Caltrans and county fire officials reported that all westbound lanes and two of the four eastbound lanes were reopened, with about 4,500 gallons of fuel remaining on the roadway.