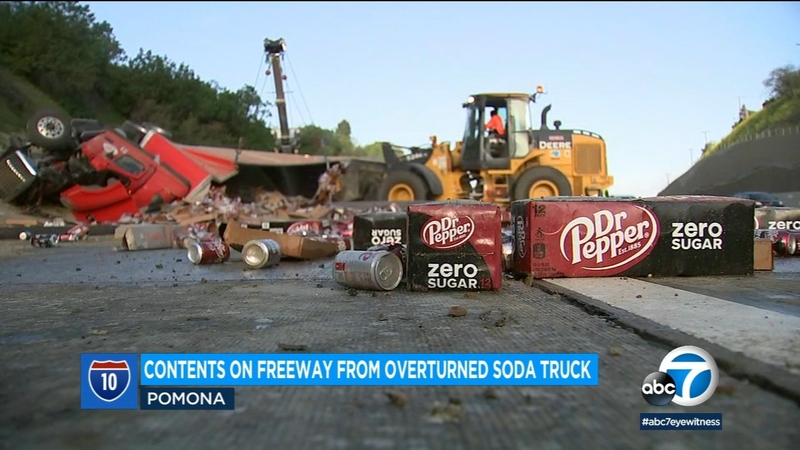 POMONA, Calif. (KABC) -- A fiery crash involving an overturned semitruck and two other vehicles on Saturday morning prompted the closure of the eastbound 10 Freeway in Pomona, authorities said.

The collision occurred before 6 a.m. near Kellogg Drive, leaving the big rig driver trapped inside that vehicle as it caught fire, according to the California Highway Patrol. Firefighters responded to the scene and an ambulance was requested for the driver.

No other injuries were immediately reported.

The cause of the crash, which spilled the big rig's payload of Dr Pepper and Diet Coke cans onto the freeway, was under investigation.

At 7:20 a.m., the CHP announced that two lanes were reopened. The other three eastbound lanes are expected to remain closed for an additional two hours.