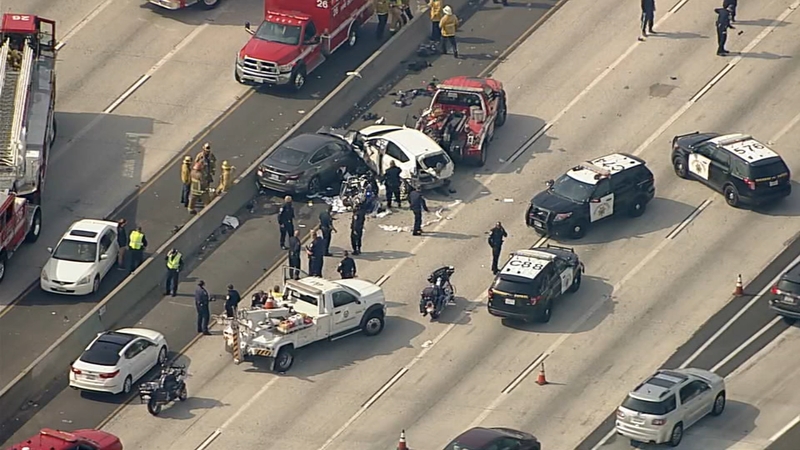 3 injured, including CHP officer, in violent crash on 10 Freeway

All three patients were transported to the hospital after the pileup occurred about 10:45 a.m. near Normandie Avenue, authorities said.

The injured civilians were described as a 25-year-old man who suffered a fractured leg and a 32-year-old who sustained head trauma. The CHP officer was expected to be "OK," officials said.

News video from AIR7 HD showed the officer's wrecked motorcycle near two sedans that had slammed into each other near the center median.

Multiple lanes were shut down in both directions as emergency crews worked to clear the scene. Traffic was nearly at a standstill on both sides of the interstate. The freeway was shut down for about two hours.

The officer's motorcycle was rear-ended by another vehicle, causing a second accident, according to CHP.

Commuters watched helplessly Thursday morning as cars and trucks slammed into other vehicles ahead on a Fort Worth interstate.