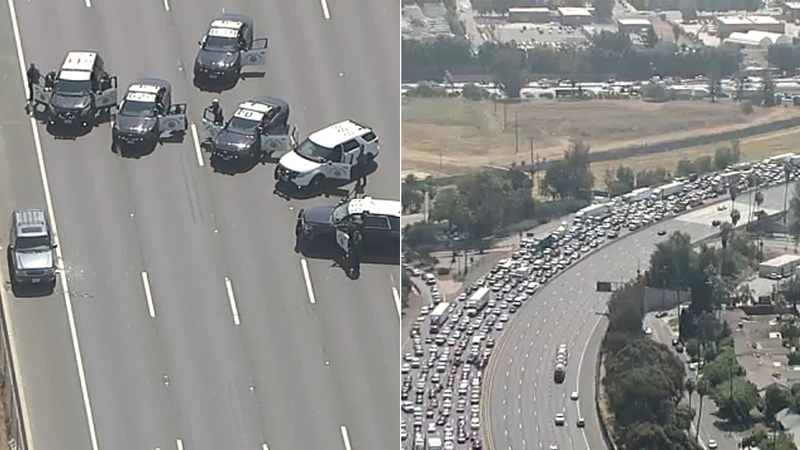 News video from AIR7 HD showed a man in the driver's seat of the vehicle, which was parked on the right shoulder of the freeway near Haskell Avenue shortly after 10 a.m. At least two of the vehicle's windows were shattered, and a spike strip was visible on the ground nearby.

The circumstances that led to the incident were not immediately known, and it was unclear if the driver or any officers were injured.

Shortly before 11:30 a.m., officers in tactical gear approached the SUV, pulled the driver out and took him into custody.