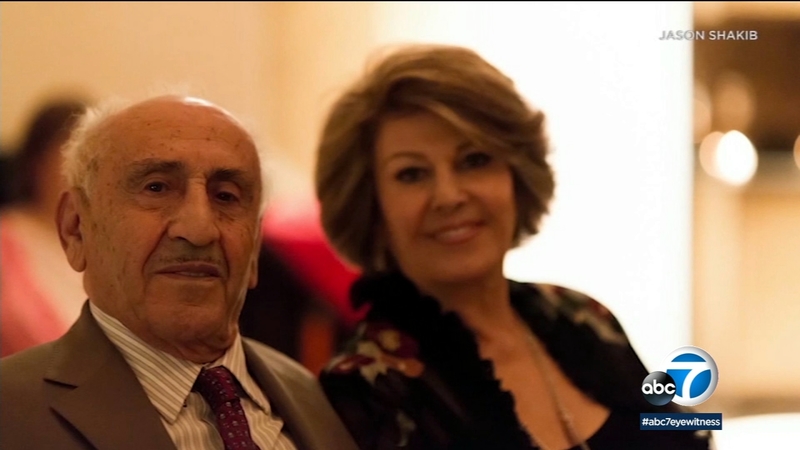 ENCINO, LOS ANGELES (KABC) -- The murder of a 102-year-old man has rocked a quiet and upscale Encino neighborhood, leaving residents distraught and puzzled.

Yousseff Mahboubianfard was found by police and paramedics in his garage beaten and cut by an axe and a knife Thursday around 12:50 p.m. in the 17700 block of Alonzo Place.

Adam Dimmerman, 47, was arrested, suspected of killing Mahboubianfard and assaulting another man who was working nearby in the 4400 block of Coronet Drive about an hour before.

Mahboubianfard, likely one of the oldest murder victims on record in the country, lived in the neighborhood for decades, his grandson Jason Shakib told ABC7.

"There's no reason for it. There's no explanation," said Peter Maranian, the victim's neighbor. "You see a man that's gone through a lot in his life and he's gone through COVID as well, and now this happens to him. It's really very sad."

A 102-year-old man was found dead in an Encino home, and a suspect has been booked on suspicion of murder in connection to the killing, according to police.

Neighbor Nancy Reed-Babcock spoke to Eyewitness News, saying she is moving and is left wondering whether the suspect used one of her knives.

"I've got to let the police know that I had cleaned out my kitchen, and I had left knives out yesterday to take to the thrift store," she said.

Reed-Babcock added that she had put them out and they disappeared.
Neighbor Howard Switzky says he saw Dimmerman go up and down Mahboubianfard's street twice Thursday.

Home surveillance video recorded Thursday shows a man fitting Dimmerman's description on Coronet Drive where the worker was assaulted, and walking the same dog that was taken away by animal control.

Video shows the man attempt to go up on Coronet a second time, but turns around once he sees other workers following him.

"Why would you randomly come up this cul-de-sac? It just seems very bizarre... It doesn't make any sense," Reed-Babcock said.

At this point, police say there is no apparent connection between the suspect and either victim.