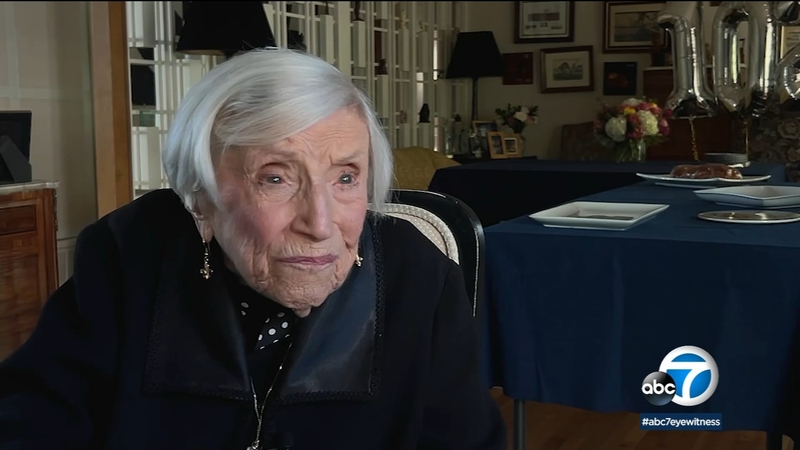 RANCHO PALOS VERDES, Calif. (KABC) -- The ongoing Russian invasion of Ukraine has 102-year-old Marthe Cohn of Palos Verdes worried and upset. Cohn was a spy during World War II who went behind enemy lines into Germany for the French army.

An unlikely spy, Cohn, who is Jewish, spoke German, and the French sent her to Germany to gather intelligence like hidden German positions that ended up saving hundreds of lives. Cohn pretended to be a German nurse searching for her Nazi fiancé.

"I told them that if they help me and give me information, they will be released earlier, and if they give me the address of their family, we will protect them," said Cohn.

Some of Cohn's family were killed by the Nazis in concentration camps, and she kept her story a secret until she was 80 years old. Since then, Cohn has written a book, had movies made on her story, and has given speeches around the world.

"You keep your brain very active all your life and that I think is one of the reasons why I am still alive," Cohn said. "I never expected to live so long, but I am in no hurry to die. When it comes, it comes."

After World War II, Cohn met her future husband, who was American, and the two eventually settled in Palos Verdes, where she still lives today.

Cohn's message for these times is to love one another.

"It's time that we all get along and not worry about our religion, or our sex, or our looks, or our origins. That we all go along as human beings," said Cohn.