Los Angeles police are investigating a vandalism incident that happened Thursday night at a Buddhist temple in Little Tokyo.
KABC
By Eric Resendiz 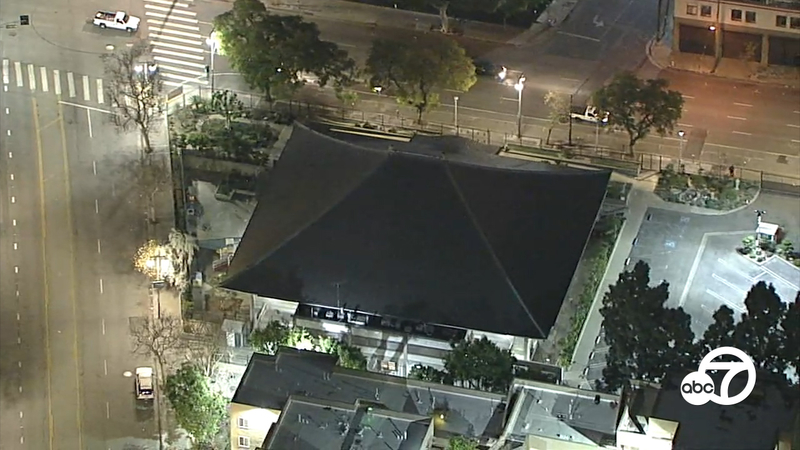 Authorities found charred wooden stands, lanterns knocked over and a broken glass door - which has now been boarded up - at the scene.

"We're obviously shocked. We've never had anything of this instance. But we're concerned in terms of the safety of the community," said David Ikeda, a board member at the temple.

Ikeda said vandalism incidents have happened in the past like graffiti, but nothing to this extent. When they looked at surveillance video, he said they've never seen the suspect before.

"It was a scary situation," said Ikeda. "We really appreciate the support of the community and we just don't want to see it escalate. And we want to see if people can work together, as opposed to all of this divisiveness."

Police said it's unknown if this is a hate crime, but officials are continuing to investigate.

"We're just concerned about the kind of issues that are affecting us in terms of potentially hate crimes," said Ikeda. "And as a community we are more than concerned with those kinds of issues."

The person responsible is still on the loose and the only description authorities have right now is that the suspect is a man, according to police.