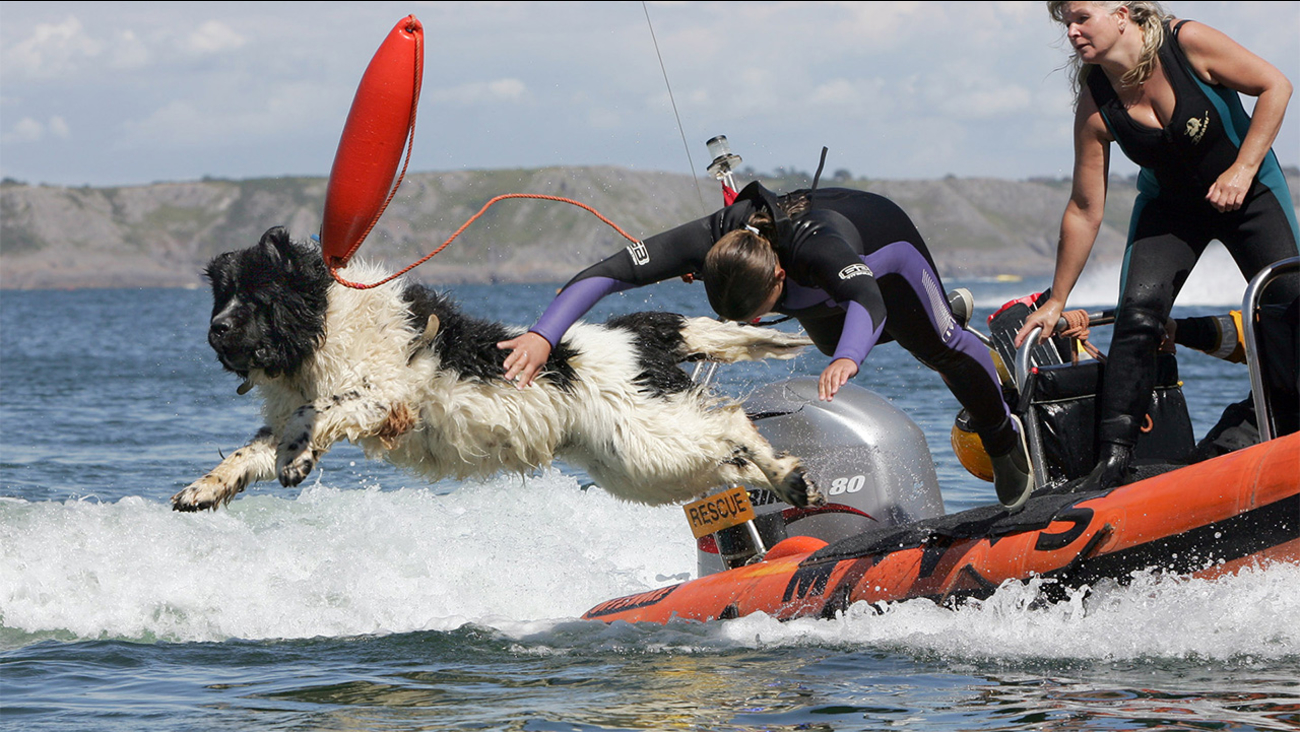 A dog specially trained in water rescues has been honored with the People's Dispensary for Sick Animals' (PDSA) Order of Merit because of his life-saving work.

Whizz, a Newfoundland dog, saved nine people and one dog from drowning during his 10-year career patrolling the Bristol Channel and the River Severn in Great Britain.

"Whizz loved working and had an extraordinary talent," said Whizz's owner David Pugh. "Not only was he strong and gentle -- he was also so emotionally intuitive."

Whizz also served as a therapy dog, visiting hospitals, nursing homes and hospices, as well as visiting servicemen injured in the line of duty.

Whizz began his training as a rescue dog when he was just 1-year-old. He passed away earlier this month at the age of 12.

Whizz's cousin, Tizz, accepted the award on his behalf.