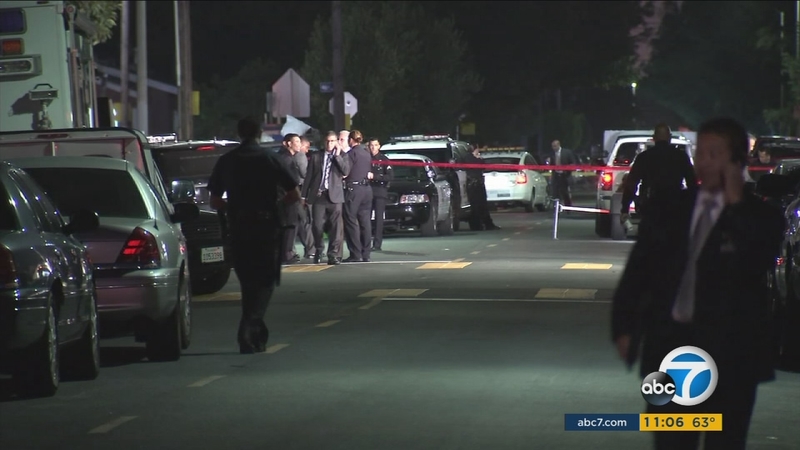 The shooting occurred near 48th Street and Ascot Avenue around 4:40 p.m., police said. During an evening press conference, LAPD Sgt. Barry Montgomery said authorities received a call regarding a man with a gun in the area.

Montgomery said gang unit officers working at the time responded to the area and conducted a search, but did not find anyone. As they were clearing the area, they noticed two men walking down the street and one of the men matched the description of the suspect in the call.

The officers tried to make contact, police said, and an officer-involved shooting occurred. One of the men was struck by gunfire and was taken to a nearby hospital where he later died.

Witnesses said they heard about three to four shots. One witness, Tiffany Peterson, said officers did not say anything when they approached the man and shot him.

Authorities said the male suspect was shot once. The second man was taken into custody, Montgomery said. Both men were between the ages of 18 and 22, police said.

No officers were injured in the shooting, and police said a gun was recovered at the scene.