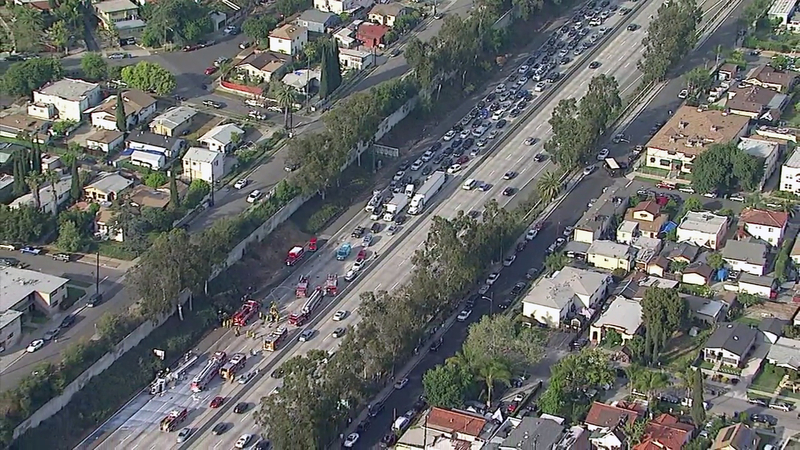 The Los Angeles Fire Department said three people had to be rescued from two different vehicles after the crash happened at about 5 p.m.

Officials closed the southbound 2 Freeway near North Fletcher Drive as crews worked to help the injured and clean up the scene.

There were at least eight patients and firefighters said seven of those were taken to the hospital. Of the eight patients, officials said six were trapped in vehicles and had to be rescued.

The age of the patients ranged in age from 16 to 65, according to the fire department. Three of the seven patients taken to the hospital were listed in critical condition, fire officials stated.

Video from AIR7 HD showed two cars with severe damage and the tanker truck on its side, spilling milk along the freeway.

Traffic was backed up for miles as motorists could be seen getting out of their cars to walk around in the standstill on the freeway.