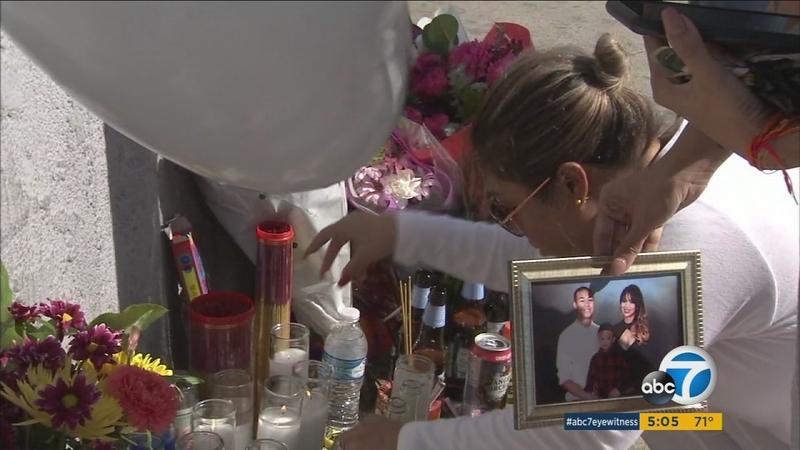 LONG BEACH, Calif. (KABC) -- Authorities on Wednesday were trying to determine the circumstances that led to a shooting that left two men dead and two wounded at a Long Beach liquor store the previous evening.

Officers initially responded to a report of a robbery shortly before 9:30 p.m. at S.R. Liquor and Market, near the intersection of Anaheim Street and Walnut Avenue, according to the Long Beach Police Department.

They found three men suffering from gunshot wounds; one was pronounced dead at the scene and the other two were transported to a hospital, where one died, police said. The individual who survived was in stable condition.

A fourth man had minor wounds and was treated at the scene and released.

The man who died at the scene was identified by his father as 21-year-old Danny Bunthung. Mike Bunthung said his son was in the store purchasing cigarettes and alcohol at the time of the shooting.

The other victim was identified by friends and family as 22-year-old Dallas Som. His brother says Som works at a car wash and his girlfriend is four months pregnant.

A makeshift memorial, comprised of flowers, candles and bottles of Heineken, was created at the scene. Friends and family members gathered around the memorial to honor the victims.

Investigators said one of the victims was an employee of S.R. Liquor and Market who contacted police. According to authorities, there was no information to indicate a robbery had taken place and they believe the incident started with some type of argument.