2 officers injured in crash with produce truck in downtown LA 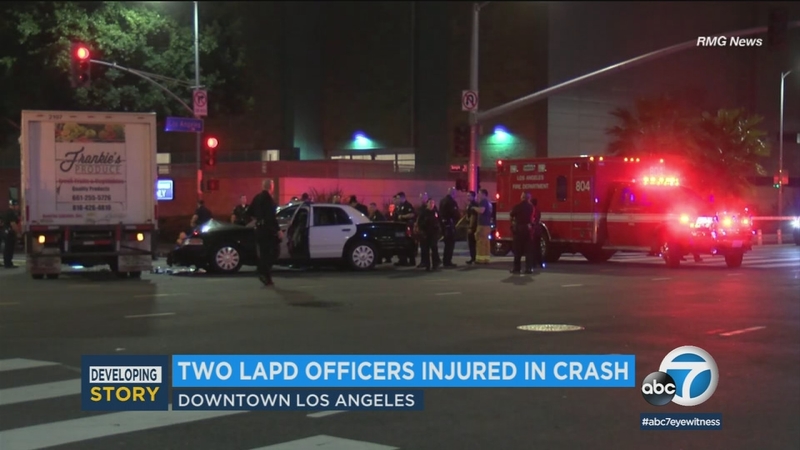 2 officers injured in crash with produce truck in downtown LA

According to a preliminary investigation, the marked police vehicle was traveling northbound on Los Angeles Street when a produce truck heading southbound turned left on Temple Street. The crash happened at about 1:30 a.m. Tuesday, LAPD Lt. Allen Schubert said.

Two officers were injured and transported to nearby hospitals. The extent of their injuries were not immediately known, but they were conscious and talking, Schubert said.

The driver of the produce truck was on his feet and cooperating with investigating officers, Schubert said.