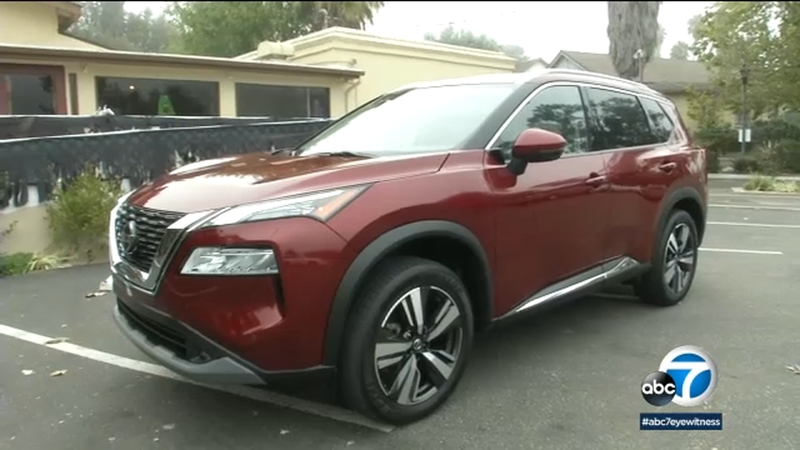 For 2021, Nissan has fully revamped its Rogue SUV. It's a wise move, as the compact crossover segment is red hot right now.

"Aside from full-size trucks, the C-SUV segment is the largest. Over 3.3 million units are sold annually," said Robin Moreo, a Nissan USA product planner who works extensively on the Rogue.

Nissan gave it some more style, lots of safety features and a new interior it labels "family friendly" - these are attributes shoppers in this segment seek out. And beyond the utility, it's actually rather engaging to drive.

"It's that intuitive usability. And also it has the confidence-inspiring driving dynamics that really allow a person to feel confident when they're driving. Really grips the road," Moreo added.

One noteworthy feature you don't necessarily think about: the rear doors open nearly 90 degrees for easier access. There's smooth power from the four-cylinder engine and a very quiet ride. The seats are especially comfortable for longer trips, with a design called "zero gravity."

Nissan is probably smart to make sure that its Rogue stays competitive in the very hot small SUV segment. And yes, there's a lot of competition in this segment.

Starting with the Honda CR-V, the sales leader for a long time. This year, Honda finally added a hybrid option to their best seller, which should give it a boost.

Ford redid their popular Escape SUV last year, and here too a hybrid option returned. The Escape had offered a hybrid version years ago, and now the new one gets the latest fuel-saving technology. There is also a plug-in hybrid option on the Escape.

Toyota has been upping the game with the RAV4, their most popular SUV model. Already available previously as a hybrid, you can now get it as a plug-in hybrid for 2021, the RAV4 Prime. How about 40 or so miles of pure electric driving on a full charge? For many families, that's a whole day's worth of local driving.

Or if you're craving an off-road RAV4, there's now a TRD model, from Toyota's off-road tuning division. More aggressive looks, and you can tackle the more aggressive trails too. The RAV4 TRD joins the 4Runner, Tacoma, Tundra and Sequoia in Toyota's line of TRD trucks and SUVs.

As the new Rogue heads into Nissan showrooms to compete for SUV buyers, one thing is for certain. This segment attracts a wide range of shoppers, from young singles, to young families, to older empty-nesters.

"We realize that compact SUV segment is really for all of us," Moreo noted.

You can say goodbye to the Nissan 370Z, the two-seater that recently helped the company celebrate 50 years of sports car performance.