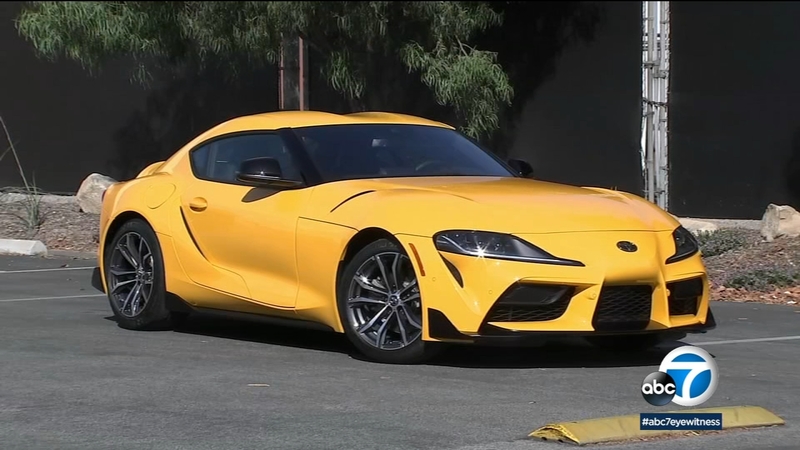 Arguably the biggest automotive comeback story of last year was the return of the legendary Toyota Supra. It's the first time the company had offered one in over 20 years.

But the fanfare was interrupted by a couple of downsides. First, many purists were put off by the fact that this Toyota-designed body was sitting atop essentially a BMW. The car was co-developed between Toyota and BMW, with the new BMW Z4 roadster being the GR Supra's automotive cousin.

The second and more substantial issue was the price. Many younger buyers choked at the thought that the new-era Supra carried a new-era base price of about $50,000. Not that it wasn't a lot of car for the money, but it was a lot of money for a car with a Toyota badge.

Now for 2021, a more affordable version: the GR Supra 2.0 model. That software-sounding suffix is actually the engine size, two liters instead of three, and four cylinders instead of six. Smaller engine, smaller price tag. The car offers better fuel economy too, for a base price of $42,990

So, now we're talking about $7,000 cheaper than the GR Supra 3.0, and it looks pretty much the same. You do have to do without some amenities, however. If you like lots of speakers, there are only four instead of 10. You have to adjust the seats manually instead of electrically, and it doesn't get the pricier car's elaborate limited-slip rear differential, electronic suspension, and larger front brakes. Most drivers will never notice.

A Supra has never had a 4-cylinder engine before, but this time things are different because of the platform sharing with BMW. Yes, this 4-cylinder is essentially a BMW 4-cylinder.

That's not a bad thing, as this turbocharged gem of an engine makes a solid 255 horsepower. And what's more, the GR Supra 2.0 weighs about 200 pounds less than its more expensive sibling. That aids in handling and responsiveness, and combined with the lively engine, this Supra does live up to the performance the name suggests.

Comebacks aren't easy, as there will always be negative reviews. As this comeback continues, at least one of the negatives the Supra faced - the price tag - has been addressed in its sophomore year.
EMBED More News Videos

COVID-19 CAR CARE: Pure Defense is a sanitizing mixture that conditions leather car interiors without damaging amid the age of coronvirus.