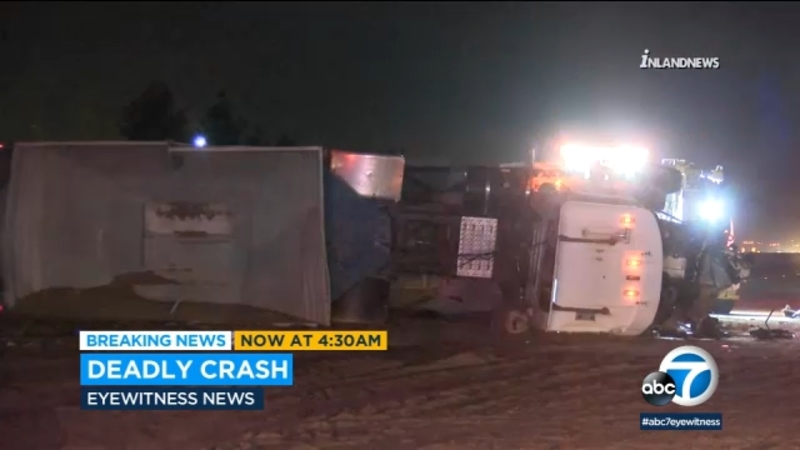 FONTANA, Calif. (KABC) -- One person was killed Wednesday morning in a multi-vehicle crash on the 210 Freeway in Fontana, where a semi-truck overturned and spilled its payload of sand into westbound lanes.

The collision, which also involved a white Tesla, occurred about 2:35 a.m. near Citrus Avenue and prompted a SigAlert, according to a California Highway Patrol incident log.

One person was pronounced dead at the scene but was not immediately identified.

The CHP initially closed all westbound lanes at the scene before later reopening one of them to slowed traffic. It was unclear when the other lanes would be reopened.

The shutdown caused a mileslong backup on the freeway as the morning commute got underway.

Shortly before 7:30 a.m., Caltrans announced that all lanes except the HOV lane were reopened.