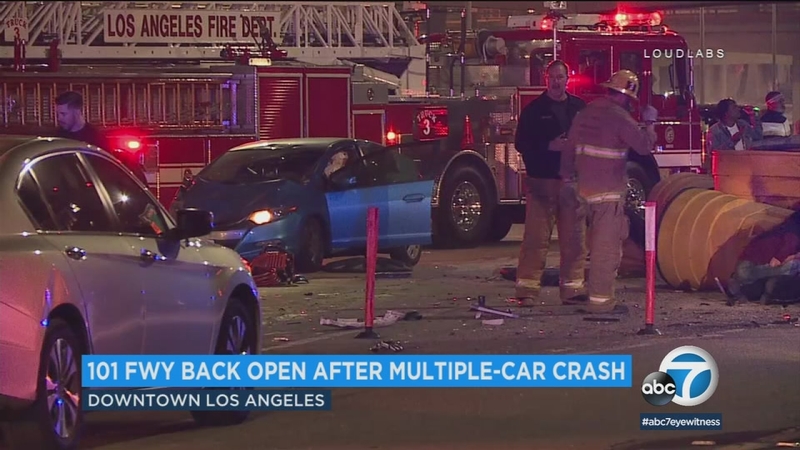 The California Highway Patrol responded to the chaotic scene about 2 a.m. near North Broadway on the southbound 101.

Witnesses reported seeing as many as six cars and a big rig involved in the violent crash.

Details on injuries were not immediately released, but L.A. Fire Department officials confirmed three people were transported from the wreckage.

Water barrels were seen scattered in lanes, and emergency personnel put out flames that erupted in two cars. One vehicle was pushed onto the embankment, which left the back half of it destroyed.

It was reported that one of the vehicles involved was an Uber or Lyft that was in service at the time and carrying three passengers. Officials have not confirmed that information.

Southbound lanes of the freeway were temporarily shut down. All lanes were back open shortly before 4 a.m., CHP officials said.

SIGALERT CANCELLATION: SB US-101 AT BROADWAY, ALL LANES NOW OPEN