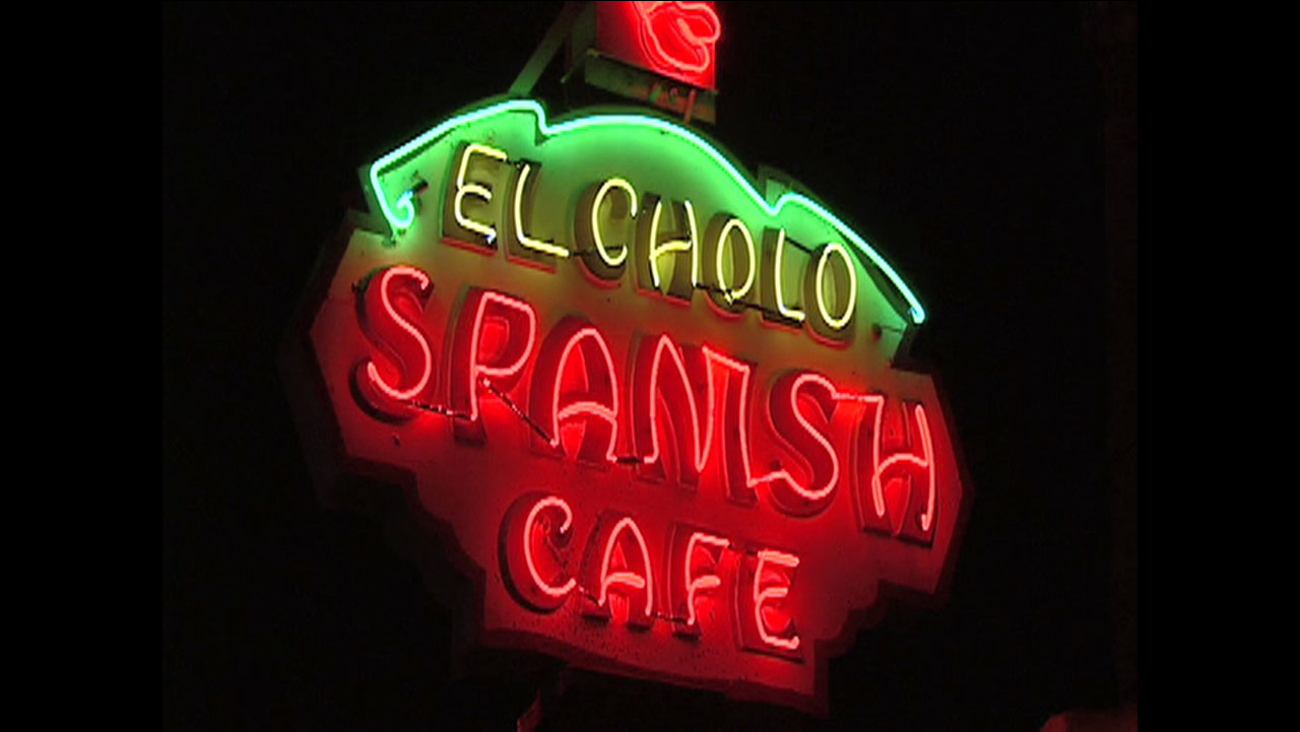 El Cholo, the historic Southern California eatery with six locations, is celebrating its 95th anniversary by offering its most popular dish for 95 cents.

LOS ANGELES (KABC) -- El Cholo, the historic Southern California eatery with six locations, is celebrating its 95th anniversary by offering its most popular dish for 95 cents.

The restaurant chain was opened in 1923 by Alejandro and Rosa Borquez and has remained family-owned since then. It now has family members involved stretching from the fourth to sixth generations.

The first location was originally titled Sonora Café but was renamed after a guest drew a picture on a menu and called it El Cholo, the restaurant's website says. At the time, the term referred to a name given to field hands by Spanish settlers.

The restaurant's best-selling item is the No. 1 combination plate, which includes a cheese enchilada, rolled beef taco, Spanish rice and refried beans.

It's normally priced at $14.95, but on Tuesday it will be offered at the celebratory price of 95 cents.

"Growing up it was always interesting to see the diversity of Angelenos that came into the restaurant. Our food is what set us apart and everyone wanted a bite of it," said owner Ron Salisbury. "By staying true to our original recipes, we have not only made it to 95 years, but we have also grown from one restaurant to six."
Report a correction or typo
Related topics:
food & drinklos angeles countyorange countymexicanrestaurant
Copyright © 2021 KABC-TV. All Rights Reserved.
More Videos
From CNN Newsource affiliates
TOP STORIES