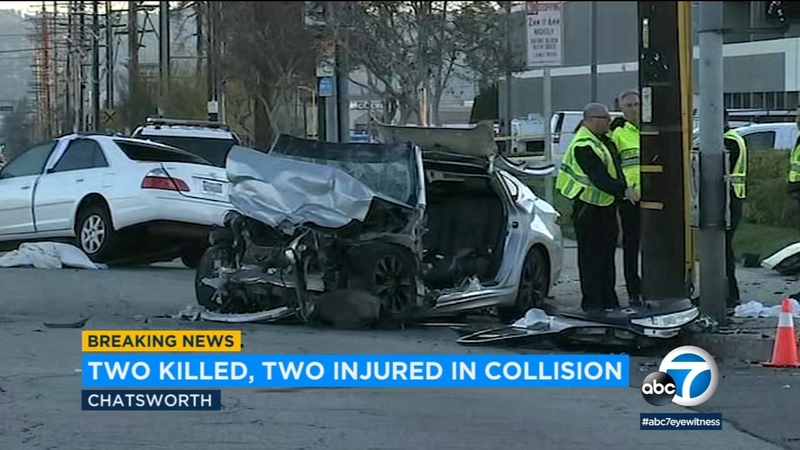 CHATSWORTH, LOS ANGELES (KABC) -- A man and woman in their 70s were killed and a 9-year-old girl was left in critical condition in a violent traffic collision in Chatsworth Sunday.

The crash happened on DeSoto Avenue near Plummer Street in the late afternoon.

Police say a 2011 Infiniti M37 was speeding southbound on DeSoto when it smashed into a 2004 Toyota Avalon that was turning left from DeSoto to Plummer.

Witnesses told police a gray sedan was driving southbound on DeSoto along with the Infiniti when the crash happened.

Inside the Toyota, a 72-year-old male driver and his 73-year-old female passenger, died at the scene. Riding in the backseat of the car was a 9-year-old girl who was seriously injured and transported to a local hospital in critical condition.

Their names have not been released pending notification of next of kin.

The driver of the Infiniti was a 26-year-old man from Granada Hills who was also severely injured and was transported to a local hospital.