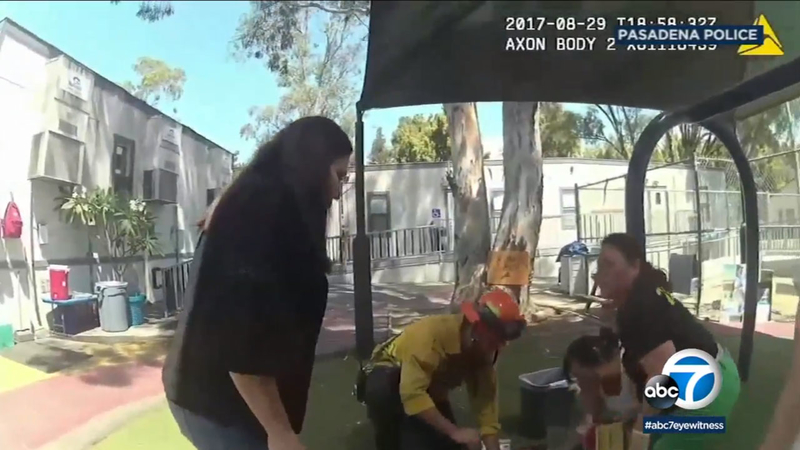 On Aug. 29, 2017, Adelaide Palmstrom was critically injured after being struck a 20-foot tree branch at the Linda Vista Children's Center. Palmstrom suffered a broken neck, cracked skull, brain injury and a broken leg.

The family filed a lawsuit against the city of Pasadena in 2018, alleging that the city was negligent.

"Before this incident, the City of Pasadena was on notice for well over a year that these trees around the Children's Center and the branches on these trees were dangerous and posed serious threats to all of these little kids, including Adelaide," said the family's attorney, Robert Glassman.

According to Glassman, the city claims officials were never aware of the hanging tree branches at the Linda Vista Children's Center and has now filed a motion for leave to file an amended answer.

Body camera footage from the day of the incident captures a Children's Center employee telling a firefighter that they "always ask the city to cut these trees, but they never come."

Glassman says that the Director of Linda Vista Children's Center, in addition to concerned citizens, complained to the city well before the incident.

In a statement, the City of Pasadena says they cannot comment.

All of the hanging tree branches were removed from the Linda Vista Children's Center two days after the incident, according to Glassman. The city says that the park will remain closed until further notice due to public safety.