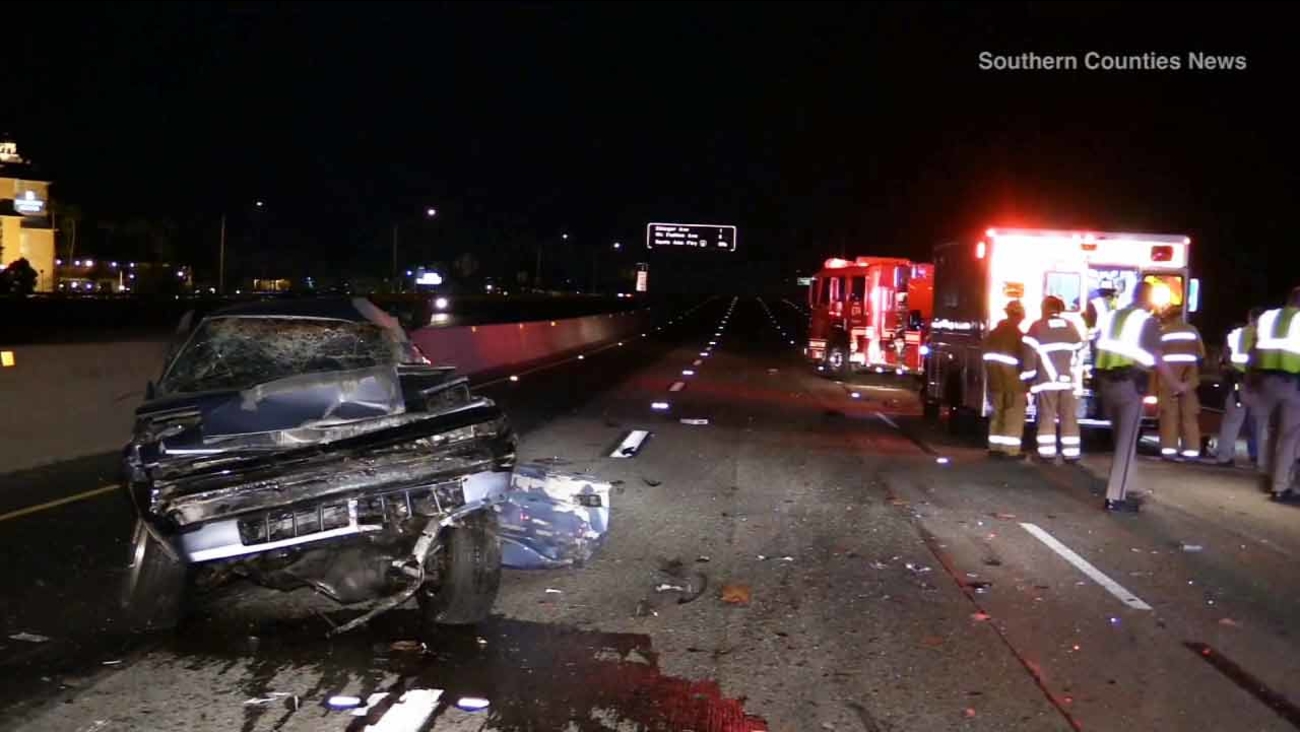 SANTA ANA, Calif. (KABC) -- A dropped mattress triggered a fatal four-vehicle crash on the 55 Freeway in Santa Ana Friday, according to a California Highway Patrol report.

The wreck happened shortly before midnight on the northbound lanes of the 55 Freeway at Dyer Road.

Cynthia Brock, 53, of Costa Mesa was pronounced dead at the scene. Brock was traveling in the fast lane when she struck the mattress and slammed into the center divider.

The victim's 1982 Toyota Celica came to a rest sideways on the freeway. It was then hit by another vehicle driven by Sherwin Ali Sabzerou, 19, of Irvine.

The Celica then spun into the path of a 1999 Toyota sedan, which rear-ended the Celica. The Celica spun and stopped facing the wrong way on the freeway, and was then hit head-on by a 1995 Honda.

Sabzerou was arrested on suspicion of drunken driving after driving his van approximately 500 feet north of the scene and fleeing the scene on foot.

The northbound lanes of the 55 Freeway were shut down for hours as police cleared the scene.