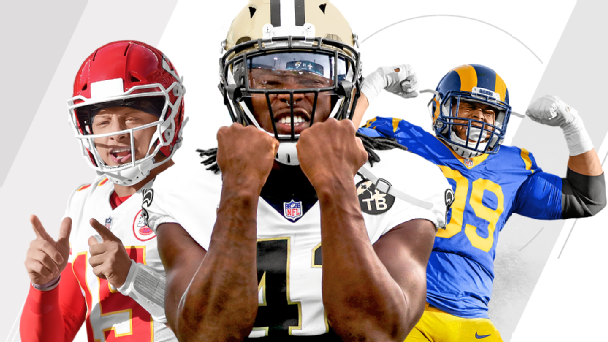 Mahomes, Andy Reid and the rest of the Kansas City Chiefs have a 16 percent chance to hoist the Lombardi trophy following Super Bowl LIV, according to ESPN's Football Power Index (FPI), tops in the NFL.

FPI is our prediction model for the NFL. Preseason ratings are based on each team's Las Vegas win total; last season's performance on offense, defense and special teams; the number of returning starters; coaching staff changes; and starting and backup quarterbacks. FPI produces team rankings (released on Wednesday) and season projections, which we're unveiling for the 2019 season for the first time here.

Jump to a section:

A quartet of favorites

In 2019, FPI loves the Chiefs. Though Kansas City was knocked out by the New England Patriots in the AFC title game last season, FPI thought the Chiefs remained the best team in football in 2018 even after the Super Bowl. Mix in the fact that Vegas concurs with Kansas City's overall strength and that its quarterback has recorded only brilliance on the stat sheet, and FPI forecasts 10.3 wins, a 65 percent chance to win the AFC West and an 80 percent chance to reach the playoffs. And there's the aforementioned 16 percent shot at winning it all, which matches the chance last season's favorite -- the eventual Super Bowl-winning Patriots -- had last preseason.

But the margin is slim. Right on the Chiefs' heels are the New Orleans Saints, Patriots and Los Angeles Rams -- the other participants in last season's conference championship games -- with 15, 12 and 12 percent chances, respectively, to hoist the Lombardi trophy before a large drop-off to the rest of the field. In fact, the Patriots have a slightly better win total projection and higher chances to win their division and reach the playoffs than the Chiefs, thanks to a much easier schedule.

But overall, FPI is pretty clear: It's last season's final four, then everyone else. And that is reflected not only in each team's individual chance to win the Super Bowl, but also in the most likely Super Bowl combinations.

The Browns have arrived

Technically, at 52 percent, the Cleveland Browns are just better than a coin flip to reach the postseason. Don't round that up to 100 just because it's over 50, but considering that Cleveland hasn't had a double-digit chance to reach the playoffs in the history of FPI's preseason projections (since 2015), the Dawg Pound is rightfully pumped up. From Baker Mayfield to Odell Beckham Jr. to Myles Garrett to Greedy Williams, there's plenty of star power assembled on the banks of Lake Erie. 2019 might finally be the realization of the rebuild plan started by Sashi Brown and continued by John Dorsey.

Per FPI, the Browns have a 3 percent chance to win the Super Bowl. That might sound low, but it's actually better than teams such as the Minnesota Vikings, Pittsburgh Steelers, Seattle Seahawks and Dallas Cowboys.

FPI is basing its quarterback info off of every Mayfield play last season. But if the Mayfield who emerged in the second half of the season and posted a Total QBR of 70.1 is the real deal, there's even further reason for optimism in Cleveland.

After the Browns, the Green Bay Packers and Steelers are the next-most likely teams to make the leap from out of the playoffs to in them this season.

Who will be the kings in the North?

The aforementioned Browns are the slight favorites in the AFC North as the 36 percent plurality favorite, thanks in part to what FPI sees as a slightly easier schedule (27th-most difficult) than either the Steelers (22nd) and Baltimore Ravens (21st). But their division foes are given healthy 31 and 30 percent chances, respectively.

Over in the NFC, the defending North champion Chicago Bears are in a slightly more advantageous position as 38 percent favorites, though the Packers (27 percent) and Vikings (26 percent) are both seen as more than viable contenders for the throne.

The only other division that does not have a majority favorite is also the only division in which FPI gives each team a double-digit percent chance at winning. The Indianapolis Colts are the early FPI favorites to take the AFC South at 40 percent, followed by the Houston Texans (27 percent), Tennessee Titans (19 percent) and Jacksonville Jaguars (14 percent).

The favorites elsewhere all have at least a 56 percent chance at winning their respective divisions, but none is favored more than the Patriots in the AFC East at 80 percent. The Chiefs, FPI's top-rated team, is a 65 percent favorite in the AFC West. Rounding out the FPI divisional favorites are the Rams (62 percent), Saints (61 percent) and Philadelphia Eagles (56 percent).

There are many unknowns going into the 2019 season for the Arizona Cardinals. How will new head coach Kliff Kingsbury and his Air Raid offense fare in the NFL? How long will it take 2019's top overall draft selection, Kyler Murray, to adapt?

Those unknowns are big reasons why FPI favors the Cardinals to have the top pick in the 2020 NFL draft, with a 16 percent chance. FPI does consider Murray as Arizona's quarterback, but with no information at the NFL level to use in its projections, the model is conservative. If the Kingsbury-Murray combination starts piling up points, FPI will change its tune in short order.

Behind Arizona are the Miami Dolphins at 14 percent and the Cincinnati Bengals at 11 percent. FPI thinks Miami is worse than Arizona, but the Cardinals have a tougher schedule. While Arizona might not be in the market for a quarterback at the top of the draft, both Miami and Cincinnati might be, with potential franchise quarterbacks Tua Tagovailoa and Justin Herbert already projected as potential top-five picks.

The only future first-round pick that has been traded thus far is the Bears', which went to the Oakland Raiders in the Khalil Mack deal. FPI gives that pick a 10 percent chance of being in the top 10, but sees it as more likely to be in the early 20s.

FPI naturally lowers the forecasts for teams with rookie quarterbacks because it treats all rookie quarterbacks the same -- roughly replacement-level options -- until it sees evidence to the contrary. That might seem harsh, but there is more than a fair share of examples of quarterbacks struggling during their rookie seasons. Some later parlay that experience into improvement (see: Carson Wentz) and others don't (Blaine Gabbert). But either way, it's reasonable to have a fairly poor expectation for a rookie.

We've already covered the model's pessimistic forecast for the Cardinals (5.5 projected wins), but it also is fairly low on Washington (6.2) despite the expectation that Case Keenum will start at the beginning of the season. The New York Giants are not much better at 6.3 projected wins and the Denver Broncos -- who took Drew Lock in the second round -- are at 7.0. Both teams are expected to at least begin the campaign with veteran QBs rather than starting their rookies.

Of the teams that selected a rookie quarterback in the first two rounds, Denver has the best shot at the playoffs at 18 percent.

Expectations are low for the final season in Oakland. But the Raiders' schedule isn't helping matters.
Oakland has to play the best team and sixth-best team twice each, and it has road contests against four other top-12 teams: the Colts, Texans, Vikings and Packers.

On the other end of the spectrum, the Patriots have the easiest schedule -- it's the AFC East, what do you expect? -- despite the fact that New England has the worst net rest difference relative to its opponents. Divisionmates New York Jets and Buffalo Bills have the second- and third-easiest schedules, respectively. It pays to play the Dolphins (and, in this case, each other).

What happened in Simulation 5,130?

How did they do it? A Miami miracle of astronomic proportions.

Brian Flores' team made a late run, winning four consecutive games from Weeks 13-16 before dropping a Week 17 contest in Foxborough, Massachusetts, against Flores' old team. No matter: At 10-6, a feisty Dolphins team led by either Josh Rosen or Ryan Fitzpatrick (FPI isn't clear) sneaked into the playoffs as No. 6 seed.

On the road, Miami dismantled the AFC South champion Texans before a rematch against the division-rival Patriots. And this time, it pulled off the upset.Lamar Jackson and the Ravens' defense were then no match for Rosen and/or Fitzpatrick in the AFC Championship Game. And miraculously, Flores' team finished it off with a victory over the Eagles two weeks later.

And so it's possible, Dolphins fans. It's spring, and thankfully, due to Simulation 5,130, all 32 teams officially have hope. 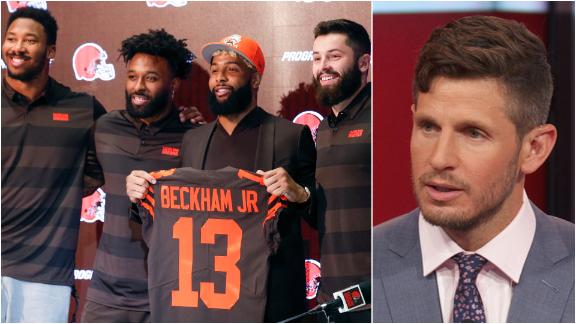 Orlovsky: Browns will be in title hunt in next 5 years
Dan Orlovsky believes Cleveland has the talent on both sides of the ball to be in Super Bowl contention over the next five years. 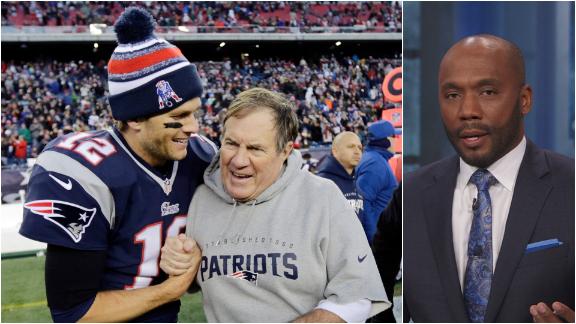