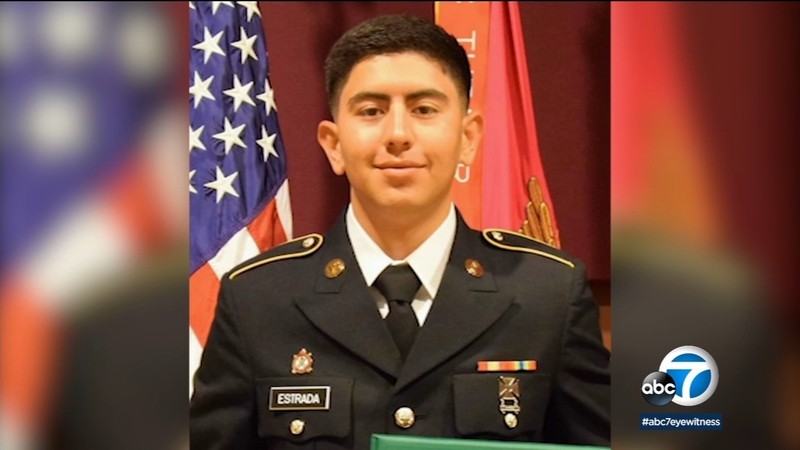 SANTA ANA, Calif. (KABC) -- A 20-year-old soldier from Orange County was killed by a suspected drunk driver and now his grieving family is calling for justice.

Family and friends gathered in Santa Ana recently for a fundraiser to honor the memory of Adrian Estrada.

Adrian's family says they weren't surprised when he joined the army. They say he was someone who always looked out for others.

"He was only 20 years old and he made an impact on everybody," said Francisco Estrada, Adrian's brother.

Adrian was stationed in Washington state.

He was driving to Southern California, planning to surprise his family and girlfriend on Valentine's Day when he was killed in a tragic crash.

Authorities say Estrada's car overturned after being struck from behind in Redding by a woman allegedly driving under the influence.

Loved ones are devastated.

"He would make everyone laugh," said Natalie Arroyo, his girlfriend. "He would get along with most of the people he would hang out with. He would make friends out of nowhere."

Estrada was very active in his church. Hundreds of people attended a recent fundraiser for the young soldier in Santa Ana.

His brother says the person responsible for Estrada's death needs to be brought to justice.

"I want to say to not drink and drive," Francisco Estrada said. "We lost a true hero. We lost someone who was loved by dozens of people. Just for a decision that was made to drive under the influence."