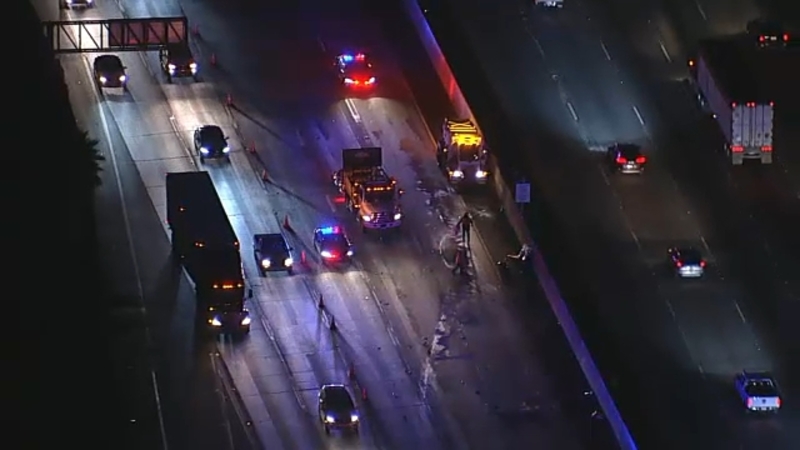 CHINO, Calif. (KABC) -- An early morning crash on the 60 Freeway in Chino left at least one person dead Monday, prompting the hourslong closure of all westbound lanes.

The two-vehicle collision was reported shortly before 2:30 a.m. near Mountain Avenue, according to the California Highway Patrol. The deceased individual was not immediately identified.

The closure of the westbound side of the freeway lasted for about three hours, until two lanes were reopened. Traffic remain snarled as the morning commute got underway.

All lanes were reopened shortly after 7 a.m., Caltrans said.