KABC
LOS FELIZ, LOS ANGELES (KABC) -- A mountain lion, known as P-22, was trapped in the crawl space of a Los Feliz home on Monday.

Los Angeles firefighters were assisting California Department of Fish and Wildlife and Los Angeles Animal Control in the rescue effort in the 2700 block of Glendower Avenue, located in the hillsides near Griffith Park.

Fish and wildlife officials shot bean bag rounds and tennis balls and even poked it with a stick, but the puma refused to move. After a while, crews gave up for the night.

Homeowners told Eyewitness News that the cougar was found by crews working on the home.

"I thought he was punking me, frankly," Jason Archinaco said.

A mountain lion, known as P-22, is shown in this undated file photo.

P-22 made headlines last year after it was exposed to rat poison. He was captured, treated and returned to Griffith Park.

I must admit, I never thought the most famous resident of my district would be #P-22. 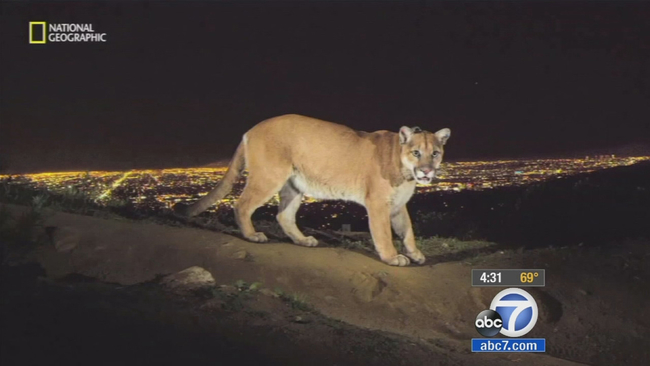