Woman struck, killed by car on 91 Freeway in Corona after getting out of vehicle to check on dogs in backseat 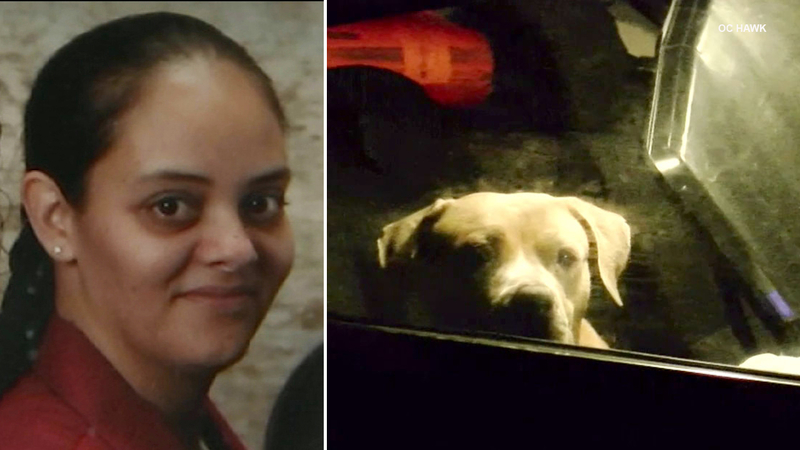 Woman struck, killed by car on 91 Fwy after exiting vehicle to check on dogs

CORONA, Calif. (KABC) -- A woman died Monday morning after she was struck by a hit-and-run driver on the 91 Freeway in Corona, California Highway Patrol officials said. She had apparently exited her car to check on her dogs in the backseat.

The incident occurred on the eastbound side of the freeway near Green River Road, according to the CHP.

The woman was rushed to the hospital, where she later died. Family members identified her as Desiree Taitano.

The victim's mother, Rosie Taitano, last spoke with her 33-year-old daughter mere hours before she was struck.

"Desiree called me yesterday, and she said happy Mother's Day," Rosie said. "I had the security guard and three doctors come in and tell me how sorry they were, that they tried, they tried hard."

At the time of the crash, Desiree was following an acquaintance who was in possession of her animals. Something upset the dogs in the front car, so they both stopped on the side of the freeway.

Desiree got out and walked up to the front car to check on her dogs when, from out of nowhere, she was struck by the driver of a truck. That driver fled the scene.

Officers said they found the suspect's abandoned vehicle about 500 feet from the crash scene. The suspect, identified as 48-year-old Jose Hidalgo of Corona, was later arrested for felony hit-and-run and DUI.

Police said the crash could have been 100% avoidable. Devastated family members agreed.

"Don't make the same mistake, don't cause another family to hurt the way we are hurting," said loved one Mia Taitano.

Wife Anja Taitano was married to Desiree. She said the victim loved to rescue stray animals and help any person in need.