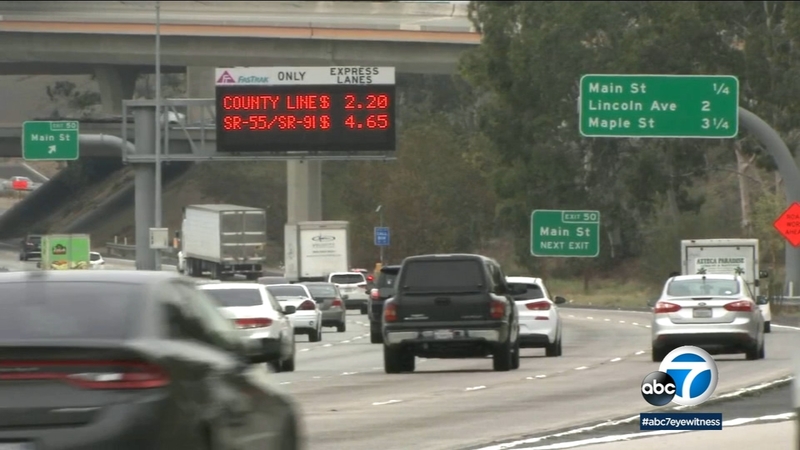 CORONA, Calif. (KABC) -- The 91 Freeway Express Lanes through Corona have been open to the public for more than a year and a half and business is booming. In fact, the number of people using the lanes is much more than originally expected.

"Almost within weeks of opening, we had more people wanting to use the lanes than we actually had capacity for," said John Standiford, Riverside County Transportation Commission spokesperson. "It's why we've had to increase tolls to level things out."

That means a lot of extra cash. The original forecast from July 2017 through June 2018 was $18.9 million in gross revenue.

But with more than 14 million people using the lanes, compared with what they originally anticipated, gross revenues have ballooned to more than $47.9 million.

But Standiford said a surplus in cash won't always be the case. Not only will the structure of debt payments change over the next few years, but the economy won't always be as robust as it is right now.

"People right now have jobs to go to throughout the area. They're ready to pay the toll to get to where they need to go," Standiford said. "If the economy were to change, that would slow things down."

Standiford said excess revenues can be used to pay debt service down faster. It can also be used to make other improvements, as long as they're in the 91 corridor.