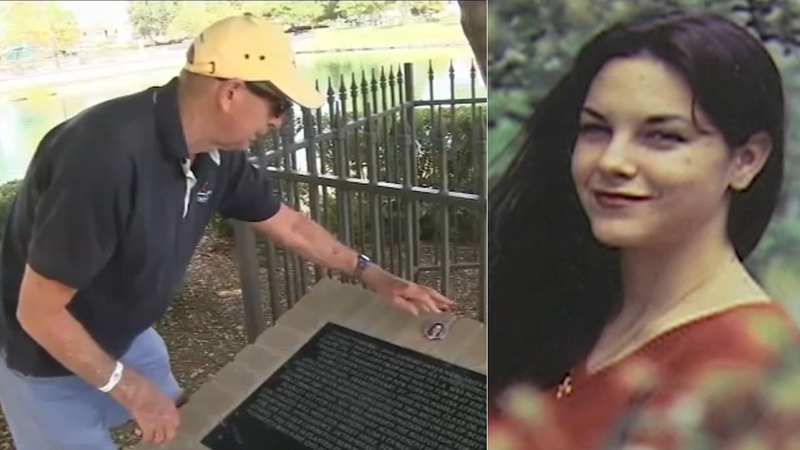 RANCHO SANTA MARGARITA, Calif. (KABC) -- After 20 years for Tom Frost there is still pain and there is love.

His daughter Lisa Frost, a 22-year-old Boston University graduate, was on her way home to California when her United Airlines flight crashed into the World Trade Center on Sept. 11, 2001.

He vividly remembers that terrible day. He was at work when someone told him to turn on the TV. There had been a terrible accident in New York.

"The first building was already burning and out of the left side of the screen comes a plane and explodes into the side of the building and I had no idea I just saw my daughter get killed live on TV," says Frost.

"And it's a memory I'll have to bear with me for the rest of my life."

I first interviewed Tom 20 years ago and several times after that. He showed me Lisa's room and the memories that kept her spirit alive. And one haunting image: Lisa's credit card that was found in the debris.

A few years ago he was able to set up a beautiful memorial with a tree along a lake.

The Lisa Frost memorial in Rancho Santa Margarita is deep with symbolism. Behind the brick memorial the tree stands surrounded by a five-sided fence - representing the Pentagon which was also attacked by a hijacked plane that day.

The fence has two spires that stand tall, representing the twin towers of the World Trade Center.

But the memorial is missing one thing.

"That's the one thing that's always been my bane all these years is that her picture is not on here," Frost says, as he places a small photo of his daughter atop the memorial.

Tom says over the years the money he received from the 9/11 relief fund has been used to do good in Lisa's name. There is a scholarship in her name for students at Boston University.

"When I meet a scholarship recipient at Boston University a few years back and she tells me that she would not have been able to make it into the Boston University - her parents could not quite afford it - and Lisa's scholarship threw her over the top, that makes me feel so wonderful that I could do something tangible to say thank you instead of just words," says Frost.

Tom says he has been devoted to Lisa's memory and that will continue for the rest of his life.

"I was out for a run one day and I met up with a woman here in Rancho and she says 'Oh I know you, you're Lisa Frost's dad' and I said yes what's my name and she goes 'uh... Bob?' And I said yes that's it. You remember Lisa's name and that's what I want."