A couple's famous Malibu recording studio survived the Woolsey Fire, but they're still battling their insurance company to rebuild their home lost in the blaze.
KABC
By Veronica Miracle 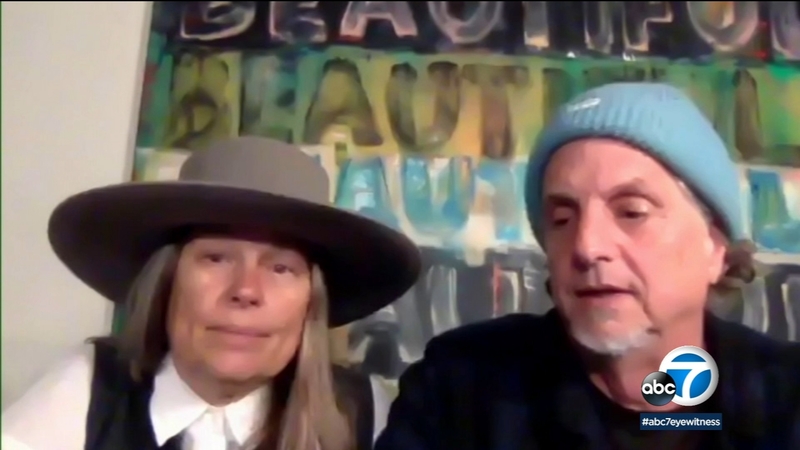 MALIBU, Calif. (KABC) -- Richard and Linda Gibbs lost their home in the Woolsey Fire that ravaged Ventura and Los Angeles counties roughly a year and a half ago. But the couple is reminded about the fire every day, and are in a fight with their insurance company to rebuild.

Some of the greatest songs ever recorded have come out of Woodshed Recording in Malibu. The Gibbs humbly describe it as a residential recording studio/Airbnb.

From Barbra Streisand to Coldplay, big stars came to the secluded oasis for years, until the Woolsey Fire ravaged the area.

"We got out of there 15 minutes before it hit, but neighbors from across the gully saw it go up and over the studio," Richard said, recalling the fire.

They lost everything on the property, including their family home in which they poured their life and savings into.

Richard Gibbs is a former member of the band Oingo Boingo and a successful film and TV composer. He estimates he lost millions of dollars of his work.

"This fire was so thorough that there wasn't anything left to look at and say, 'Oh, that used to be this.' It was just gone. Completely evaporated," he said.

The couple says they don't have money to rebuild the house. That's why they have a State Farm insurance policy. But for the last year and a half, they've been battling over the cost to rebuild, and it's why the Gibbs have decided to sue the company.