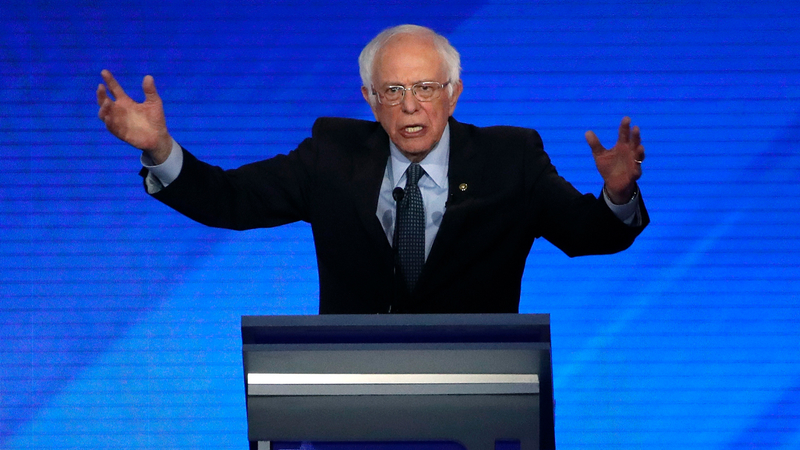 Following consecutive victories in New Hampshire and Nevada, Vermont Sen. Bernie Sanders is considered the Democratic candidate with the best chance to take on President Donald Trump in the general election, according to a new ABC News poll.

The poll, conducted by Ipsos in partnership with ABC News, asked Democrats and Democratic-leaning independents who watched any of the recent presidential debates in Las Vegas and South Carolina which candidate they believe has an electability edge over Trump, and whether the debates were useful in helping them decide who to vote for.

After tuning in to either of the debates, 34% of Democrats and Democratic-leaning independents said Sanders has the best chance of defeating the president ahead of November's impending election.

Among the four in 10 Democrats and Democratic-leaning independents who watched any of the past ten debates, 33% said the candidates' performances in the debates weakened their chances of securing a victory in the general election.

Only 28% said the debates strengthened the Democratic party's chances, while the remaining 39% said they made no difference in the election's potential outcome.

Only two more debates are expected this cycle, with the next matchup slated for Sunday, March 15, in Phoenix.

Here are the responses to the questions in the poll:

1. Based on what you saw in the debates in the past week, which candidate do you think has the best chance of defeating Donald Trump in November?

2. Do you think the candidates' performances in the debates have:

28% Strengthened the Democrats' chances of defeating Donald Trump in November

3. In helping you decide who to vote for in the 2020 Democratic primaries, would you say the debates in the past week were: