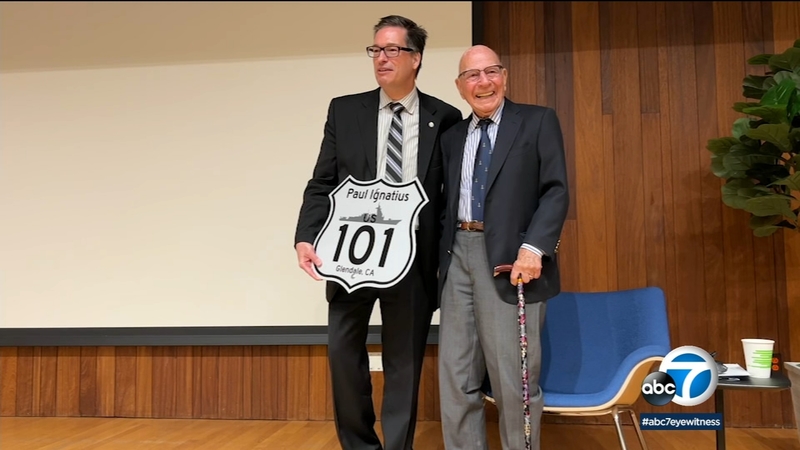 GLENDALE (KABC) -- At 101 years old, Paul Ignatius is a walking and talking history book. He grew up in Glendale and served his country in World War II. And that was just his warm up act!

"I spent eight years in the Pentagon, four different departments, two years as Secretary of the Navy," said Ignatius.

For his years of service, the Navy even named a ship after Ignatius. He recently shared highlights with Glendale residents at an arts and culture gathering at the Glendale library.

"He was the undersecretary of the army, navy, president of the Washington post, at 101 he is a legend," said Gary Shaffer, Glendale arts and culture.

A legend not just to history buffs, but also to his own family. His children joined him for the event and some of their kids are now following his example by serving in the military.

"Pops service is meaningful, and is now being passed on to the next generation," said Sarah Ignatius.